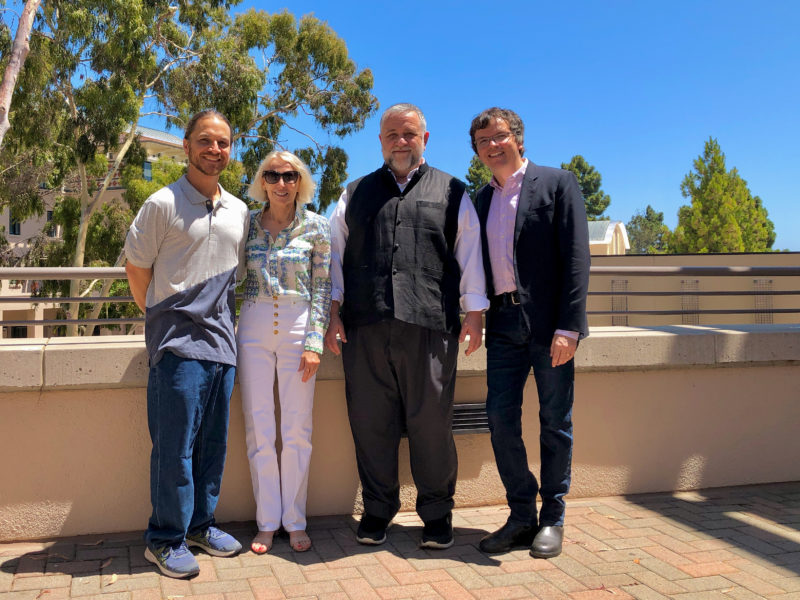 July 14, 2021, Santa Barbara—Global non-profit initiative 84000: Translating the Words of the Buddha—a historic project with a one-hundred-year vision—is partnering with the University of California Santa Barbara (UCSB) to establish the Buddhist Texts Translation Initiative at the university’s Department of Religious Studies, opening July 2021.

“84000 is creating a bridge between the past and present and is facilitating the transmission of Buddhist knowledge between different cultural regions and languages,” said Prof. Vesna A. Wallace, an associate director of the new initiative’s executive committee. “We are delighted to take part in that global initiative and to be able to strengthen and expand the opportunities of our Buddhist Studies program by training and supervising the work of qualified translators into English, enhancing the scholarly understanding of Indian and Tibetan Buddhist cultures that have expressed themselves in various Asian languages.”

Two editors at 84000 will join the Initiative as Visiting Scholars:

At the Buddhist Texts Translation Initiative, Dr. Rich and Dr. Lindsay will work closely with the director, Dr. José I. Cabezón, and Dr. Vesna A. Wallace to guide various translation groups and to develop and implement a range of public lectures and workshops that promote the study of canonical Buddhist texts. The Initiative will provide funding for students engaged in 84000 translation projects and for programming that investigates and illuminates the translation of Buddhist texts from historical, theoretical and practical perspectives.

Founded more than a half century ago, UC Santa Barbara’s Religious Studies Department is recognized as one of the best in the nation. Embracing multidisciplinary approaches to understand religions around the world, the Department emphasizes the study of religion in diverse global contexts. The study of Buddhism is one of the Department’s core strengths.

“The translation of Tibetan texts, including scriptures, has been central to the training of students at UCSB,” said Dr. Cabezón, Dalai Lama Professor at UCSB. “Several UCSB student groups have already published translations that can be found in the 84000 Reading Room, and others are underway. This new partnership will formalize already existing strong ties to 84000 and provide support for training a new generation of translators whose work is grounded in the academic study of Buddhism and the rigorous study of classical texts.”

The realization of 84000’s vast vision to make the 231,000-odd pages of the Tibetan Buddhist Canon available to the Western world is predicated upon engaging a steady stream of qualified translators, scholars, and teachers of the living tradition. This partnership complements 84000’s recent announcement of postdoctoral fellowships and underscores its commitment to ensuring that a legion of skilled translators of classical Tibetan, Sanskrit and classical Chinese remains available now and into the future.

To read more about this partnership, UC Santa Barbara’s The Current has more.

About 84000: Translating the Words of the Buddha

84000 is a global nonprofit initiative to translate the Buddha’s words from the Tibetan Buddhist Canon into modern languages, and to make them available to everyone. As a grants-based translation project and online publication house, we leverage and integrate new technologies to make our Reading Room—an interactive, digital library of the Buddha’s wisdom—as accessible and beneficial as possible to readers, practitioners, and scholars around the world.