There is no doubt that 84000 would not have been the same without Tom Tillemans. Tom joined the project in the summer of 2010, when it had been running for just under a year. The main outlines of how the project would operate had been discussed, a few pilot translation projects had been accepted, but nothing had really started yet, let alone been published. Our name had just changed to 84000, from the initial, rather clunky, “Buddhist Literary Heritage Project.”

At the time, Tom was approaching the end of his tenure as Professor of Buddhist Studies at the University of Lausanne in Switzerland. He had been Head of the Department of Oriental Languages there, and Dean of the Faculty of Letters. His research had included comparative philosophy, linguistics, and epistemology; and as well as Madhyamaka and Pramāṇa he had acquired a deep knowledge of Tibetan grammar. He agreed to take part in the project during the first few years of his retirement, both as a member of the executive working group and as editor-in-chief.

Here, some of those who have worked most closely with Tom, pay tribute to his tenure, his contributions, and the incredible wealth of knowledge he has so generously shared with the world. 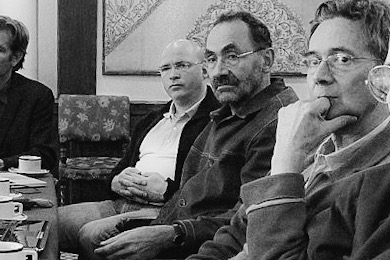 Most of us first met Tom in person at the third major meeting of 84000, which took place over a few days in Kathmandu in December 2010. It would be fair to say that his presence made itself felt immediately. He expressed his own independent-minded but very broad view of what the project’s goals, policies, and approaches should be, in no uncertain terms. If the word sycophant has an antonym, Tom probably embodies it. He was, however, scrupulously fair, ready to listen, and brimming with enthusiasm. Sadly, the great scholar Gene Smith, who had been a very active member of the planning team since the beginning, died only a short time after attending that same meeting. His death made it all the more important that we had Tom working with us, to hold the role that we somewhat mischievously termed “academic heavy-hitter.”

Tom’s philological and linguistic expertise was indeed an enormous help as we developed our approach to translating and publishing the canonical works. We decided we could leave aside for the time being the preliminary step that most academics saw as indispensable—the creation of full critical editions, documenting all the variant readings to be found in the different versions of the source texts, sometimes in several languages. That can take many years for a single text. On the other hand, we would not (as Gene Smith had initially envisaged) just post quick draft translations based on a single recension, which could later be improved and updated. Given the vast scale of the literature to be translated, the idea of coming back “later” to review and revise the translations could become an ever-receding aspiration. In between the two extremes lay a pragmatic compromise: we would take note of the most substantial variants—the ones that made a real difference to the interpretation of a text—and present careful translations along with introductions, notes, bibliographies, glossaries, and so forth, with enough contextual detail to satisfy most readers’ interest and indicate further resources, but without swamping them in a morass of specialist minutiae.

As well as helping shape the project’s policies in general, Tom has proved particularly skilled in applying them in practice, with the flexibility necessary for such a wide range of quite different genres. He has always been aware of the many kinds of readers we need to keep in mind—practicing Buddhists, naturally, but also academics and students, historians, people interested in the texts as literature, as religious or cultural expression, and indeed anyone curious enough to want to read them. Much of Tom’s work has been the detailed supervision and review of the many translator teams as they worked on drafting and refining their translations. Not only drawing on his deep knowledge of Sanskrit and Tibetan, but also deploying his skills as a teacher, communicator, and administrator, he has been able to raise standards and bring out the best in everyone. Homing in on a difficult passage to tease out its syntax, drawing on his knowledge of complex doctrinal points and terminology, encouraging the translator to keep trying, Tom has always had valuable contributions to make to each of our published projects, and indeed to many that are still in progress.

Tom’s retirement from his editorship of the project at the end of 2018 was thoroughly planned, and well in advance he anointed his own excellent choice as successor, James Gentry. The editorial team has been enriched with James’ exceptional scholarship and talent since October 2015.

Plunging into the Kangyur, so little explored, has been an extraordinary experience for all of us. To explore it in Tom’s company has been enjoyable work, and to spend time with him on so many memorable occasions, over a meal in Kathmandu, Seattle, or Colorado, strolling the streets and tea-houses of Delhi, rambling over the rolling Jutland coastline, listening all the while to his tireless conversation about everything and nothing, has been a huge pleasure. I have learnt so much from him, and am truly grateful.

We will miss him enormously, but have no doubt that his retirement, as he continues to explore everything—from exotic locations in South America to the mysteries of second century Indian metaphysics—will be rich and fulfilling. 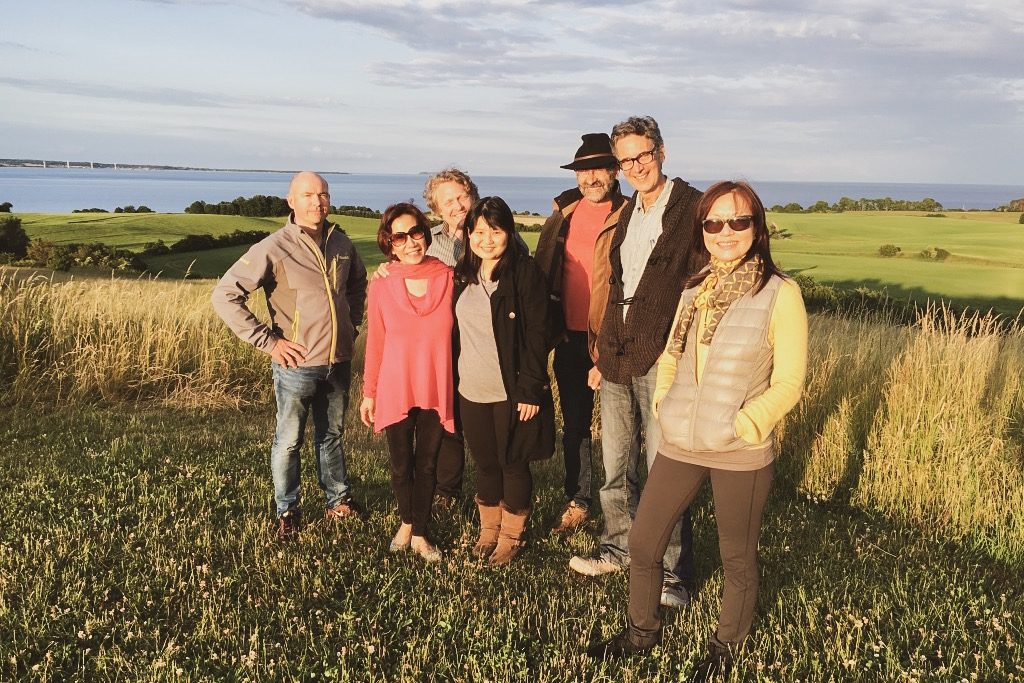 I first met Tom in December 2010 in Kathmandu, during the third 84000 working committee meeting. Having just recently begun, we were searching for someone with expertise and high visibility in the academic world to bolster our editorial committee, to help set up our editorial systems, and to ensure the academic rigour and credibility of our translation work. At the recommendation of our advisor Chokyi Nyima Rinpoche—as well as our most respected colleague, himself an accomplished scholar, the late Gene Smith—we reached out to Tom, who was on the brink of retirement and open to exploring involvement with this young, new project.

Tom was confident, articulate, and definitely not shy about voicing disagreements where they inevitably occurred. He held some strong and well-founded ideas about policy issues and translation approaches, some of which he argued passionately, appearing at times, to be uncompromising. After two days of intensive meetings peppered with debates, Tom revealed a softer side to him, telling us he had been “acting tough” to see where our boundaries lay, how open-minded we could be, and how comfortable we were in being challenged.

It was then that Tom officially took on the role as our first editor-in-chief, and joined us as a working committee member. Tom played a vital role in setting up a system that ensured high editorial standards while skilfully avoiding the pitfalls of pursuing elusive and idealistic levels of perfection. In working with translators, scholars and reviewers, he displayed an extraordinary ability to straddle the fine balance between candour and tact. As a fellow committee member colleague, I’ve enjoyed working with Tom on various issues ranging from macro policy matters to details at the micro-level, and I admire his ability to speak his mind with respect and confidence, while also being so open-minded, willing to listen, and able to consider the merits of opposing points of view.

As perhaps befits Buddhist scholars, Tom and his editorial colleagues were keenly aware of impermanence, and they often discussed the importance of succession planning “in case someone gets hit by a bus.” And so, in 2016 he submitted a 3-year notice for his plan to retire from 84000, and identified an associate editor, James Gentry, as his successor. His farsightedness has enabled the editorial committee to transition smoothly between the two editors in chief, and to continue building on the foundation that he has established.

However, despite his impressive range of knowledge, and the depth of his skills, what left the deepest impression on me, was a very ordinary moment, while we stood and watched a musical concert put on by Khyentse Foundation at Shechen monastery in Bodhgaya: He turned his head to me and while we engaged in casual conversation—the content of which I no longer remember—I was struck by the gentleness and kindness in his eyes.

Though Tom’s presence with us will be missed, he remains a dear friend and a sound source of advice for us. No tribute could do justice to all he has contributed to the team, the project, and the Buddhadharma. 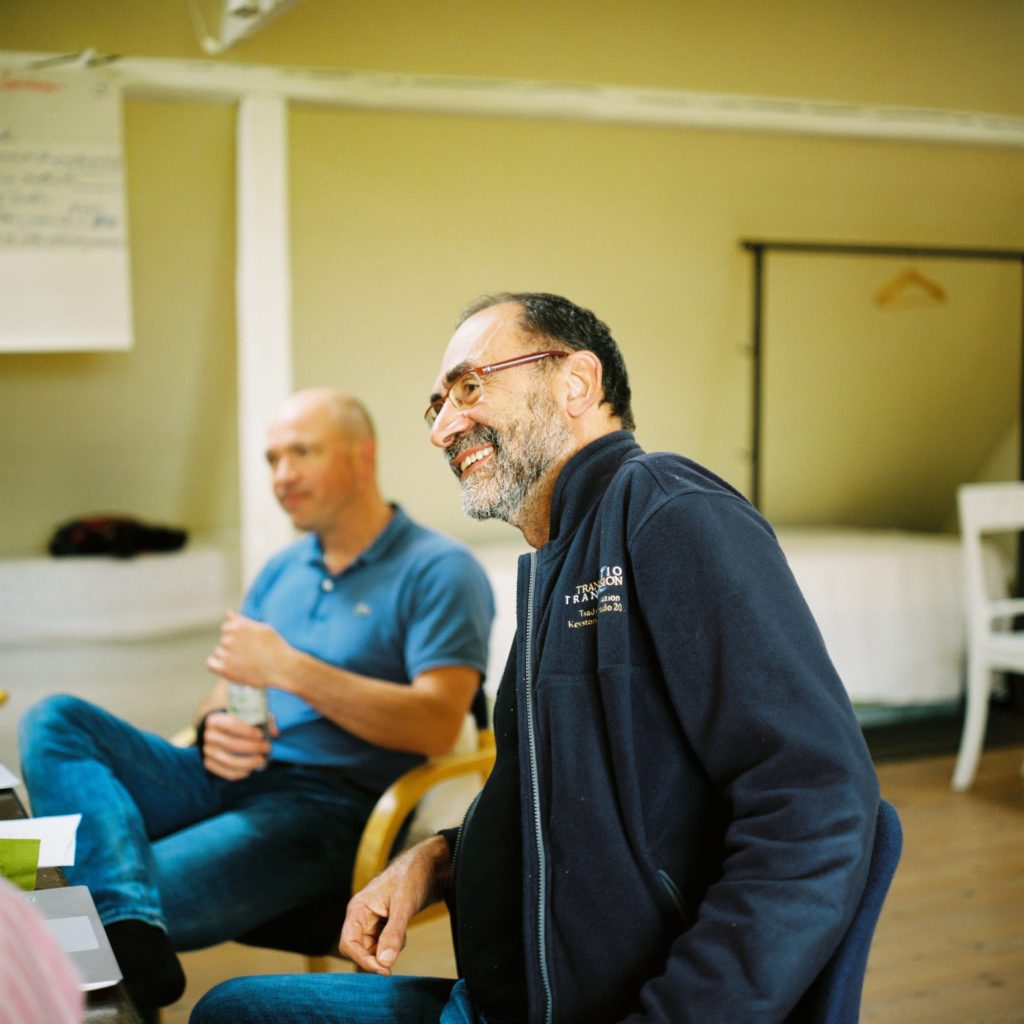 I have had the pleasure of working with Tom on Kangyur translations since he first joined the 84000 team in person for a week-long workshop, held at the base of the Shivapuri Hill on the outskirts of the Kathmandu Valley back in 2010. During this time, I have always been impressed by his interest in exploring Buddhism through a great array of textual, historical, and philosophical means in order to present this ancient tradition—for better and for worse—to a contemporary audience. The span of Tom’s academic interests ranges from the vast and timeless, such as the emptiness of Mahāyāna Buddhism, down to the minute details of Sanskrit and Tibetan grammar. Where else, but in Tom’s presence, can one receive a spirited discourse on the problem of solipsism in Cittamātra thought at one moment, and a detailed lecture on the split-ergative feature of Tibetan syntax the next?

Still, in spite of his obvious scholarly prowess, which he has so diligently and generously applied to his work at 84000 over the last decade, an equally positive aspect of his contribution to 84000, has been his appreciation of the living Buddhist tradition. Throughout his tenure as editor-in-chief it has always been clear that Tom maintains a natural fondness and respect for anyone who shares his passion for exploring Buddhist philosophy—whether they are dressed in monastic robes or tweed jackets never seems to matter. At the same time, this friendly approach to the monks, nuns and lamas who uphold the Buddhist tradition has always been reciprocal and the Buddhist teachers that Tom has met with through his work at 84000 clearly all cherish his company and appreciate his extensive knowledge of Buddhism.

One late afternoon, some years ago, Tom and I went to meet the great master Tsikey Chokling Rinpoche at his monastic residence by the great stupa of Boudhanath in Nepal. As soon as Rinpoche saw Tom, he joyfully exclaimed, “My dear professor!” and, inviting Tom to share his seat, Rinpoche spontaneously gave Tom a big kiss on the cheek. In a situation where many a distinguished professor might otherwise have felt awkward and uncomfortable, Tom was, although clearly surprised, also obviously appreciative of this unusual gesture of friendship extended to him in such a free and heartfelt manner. Although we—his editorial colleagues at 84000—may be less unrestrained in our show of appreciation, we are nevertheless equally grateful for Tom‘s contribution to the project, and his learned yet pragmatic approach to translation is sure to reverberate in our work for years to come.