After almost ten years of service, Tom Tillemans, 84000’s outgoing editor-in-chief, has formally handed over the reins to his successor, and pauses briefly to talk with us about his journey, ‘problems of thinking’ that span both East and West, revelatory philosophical arguments in a recently translated sūtra; and the importance of maintaining a balance in our unique, three-pronged approach. 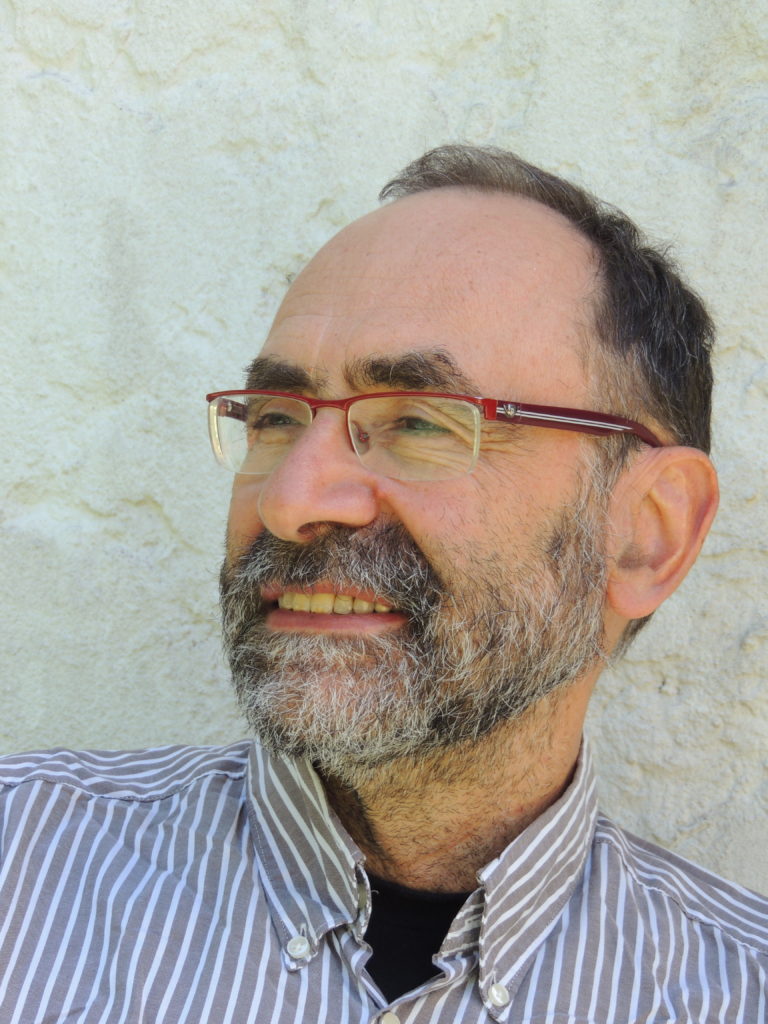 You’ve honed such an awe-inspiringly wide range of expertise and knowledge, from Sanskrit and Chinese to Tibetan Buddhist logic and epistemology, Madhyamaka philosophy, indigenous Tibetan literature, and Tibetan grammar and poetry. Can you share with us a bit about the evolution of your regional and Buddhist interests?

I was initially trained in Western analytic philosophy, and little by little took an interest in Asian thought, Buddhism in particular. I quickly realized that there was an enormous body of important philosophical thought that was largely inaccessible without knowing Asian languages. Although I had done some Sanskrit earlier in the late 1960’s in Canada with Professor Ashok Aklujkar, the first Buddhist texts I really got my teeth into were the basic Gelukpa logic texts following Tibetan exegesis of Dharmakīrti (6th-7th century C.E.). Those I studied in India and Switzerland in the 1970s; it was partly in studying those texts that I learned Tibetan – my teachers knew very little English. I began with the Buddhist epistemological tradition (tshad ma = pramāṇa), as it was there that I saw extraordinarily interesting ideas for comparative philosophy, and especially for better understanding the roles of logic and language in rational thought. I also got interested in Madhyamaka (dbu ma), inspired by Tibetans, but also by the Swiss scholar Jacques May, as it seemed to me then (and still does) a sophisticated quietism and critique of metaphysics.

When I went to Switzerland in 1975 I continued studying with Tibetans—Geshe Rabten in particular as well as others— many of whom lived in the refugee community in the German speaking area. Geshe Rabten was the abbot of a small Tibetan monastery in Rikon in the canton of Zurich; later he founded a much larger center near Lausanne, in the French speaking part of Switzerland. In one way or another, I and my fellow students managed to get to know quite a number of the older generation of Tibetan scholars.

In the 1980’s I did a second academic training in Lausanne, Geneva and then Japan, doing Sanskrit, Tibetan, Chinese, and more philosophy. I had the amazing good fortune of studying with Professor Jacques May, as well as Professor Shōryū Katsura, both of whom taught me over many, many years what the historical-philological method is about and how it can be combined with philosophical enquiry. (There is a danger of superficiality in doing Asian philosophy without sufficient knowledge of history and the languages.)

I have always considered myself a philosopher and do so now, although as time went on I saw an ever greater place for the rather different kind of understanding that literature and translation bring. In any case, the big problems of language, logic, metaphysics, ethics, and religious thought are important, whether one finds them in Aristotle, Wittgenstein, Quine, Zhuangzi, Tsongkhapa or Dharmakīrti. They are problems of thinking. What is perhaps surprisingly unimportant to me now is whether those problems are Asian or Western. 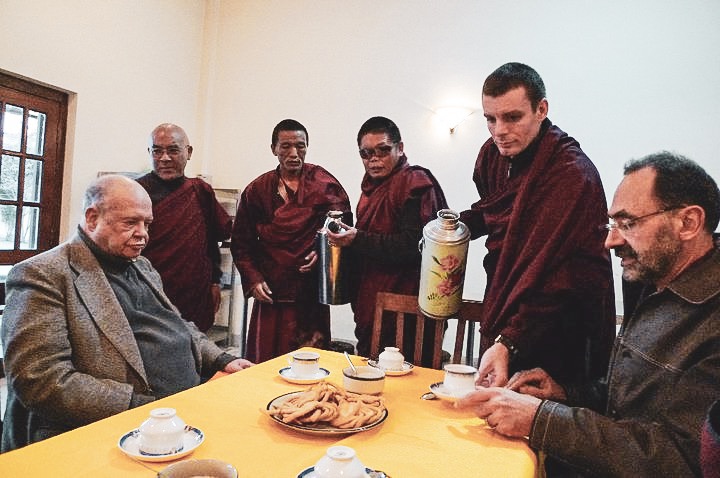 I have to ask: Do you have a favorite sūtra?

Some years ago, I worked on a rather exceptional sūtra called the Questions Regarding Death and Transmigration (tshe ’pho ba ji ltar ’gyur ba zhus pa’i mdo, Toh 308), which contains explanations of Buddhist views on the nature of life and death. The Sanskrit was lost, the sūtra was not translated into Chinese, and the Tibetan translation used a type of old translational language, what one found before the 9th century revisions and standardization. It was indeed an exceptional sūtra, because it read more like a treatise from the Tengyur—chock-a-block full of arguments. Interestingly enough, it hardly provided arguments for reincarnation—there was nothing like what you find in Dharmakīrti’s Pramāṇavārttika—but it had an impressive quantity of common-sensical reasoning against the conception of the after-life that one finds in the oldest corpus of Indian literature, i.e., the Vedas. The Vedic idea was that after death one would go to the “world of death” (yamaloka), sometimes called a “heaven” (svarga), and rejoin one’s various ancestors (pitṛ “fathers”), friends, relatives, and clan members, without reincarnating. Ritual played a huge role ensuring one’s passage to that realm and conservation of possessions once in it. The basic ideas obviously had a large popular acceptance in India, and not just in scholastic Brahmanical philosophies. It’s a conception that actually is prevalent in the West too—if you look around cemeteries, there are a surprising number of headstones with the inscription “We’ll be together again.” The sūtra was, in effect, showing how the new conception of liberation from birth and death– found in Buddhism, Jainism, and Upaniṣadic thought—clashed with the older Vedic conception of an eternal afterlife, and what a profound change this new idea was in Indian thought and, later, for much of Asia. The translation will be up on the 84000 site soon.

Given a boom in translation groups and efforts across the Tibetan Buddhist world, can you tell us about your decision to join 84000 in 2011? Why this translation effort and why then?

I joined 84000 because there was then—and there is now—a need to have an informed picture of Buddhism, one that can only come with good translations of the canonical literature. People will no doubt understand that literature in various ways, but it needs to be available. In a sense, our job as translators is to open things up. Practicing Buddhists will read the texts religiously and with devotion, historians may read them as giving a picture of India in a bygone era, philosophers may read them as presenting ideas and concepts relevant to their own thinking. The translations also have historical introductions, notes and glossaries, and in some cases, critical editions. But the idea is always to provide useful material for an informed reader, and not prejudge how he or she should actually read. 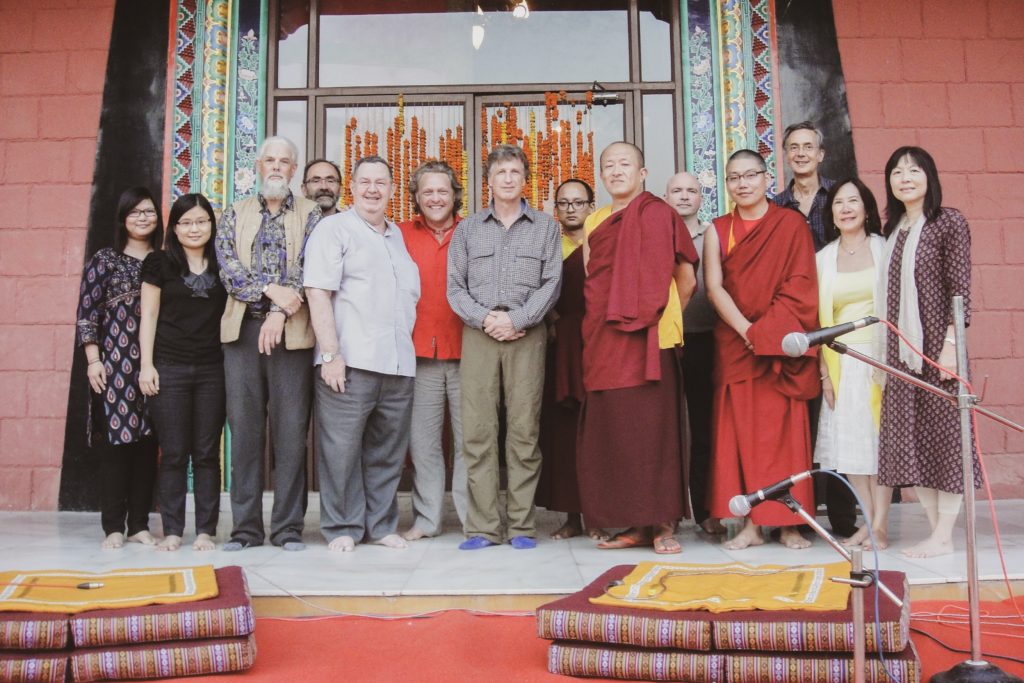 Oftentimes, when we think about the challenges 84000 faces, we think the challenges of translation vis-à-vis accuracy and ensuring the profundity and essence of the words are retained. But, you’ve led the charge now at 84000 as its editor-in-chief for the past eight years: What have you found to be its greatest challenge?

Dzongsar Rinpoche once said—quite rightly, I think— that we need to maintain a three-pronged approach, a kind of tripod, where one leg is the academic community, the other is the Tibetan community, and the third is the western and Asian Dharma community. The real challenge is to keep that tripod balanced. Pursuing those three orientations simultaneously gives the project depth. 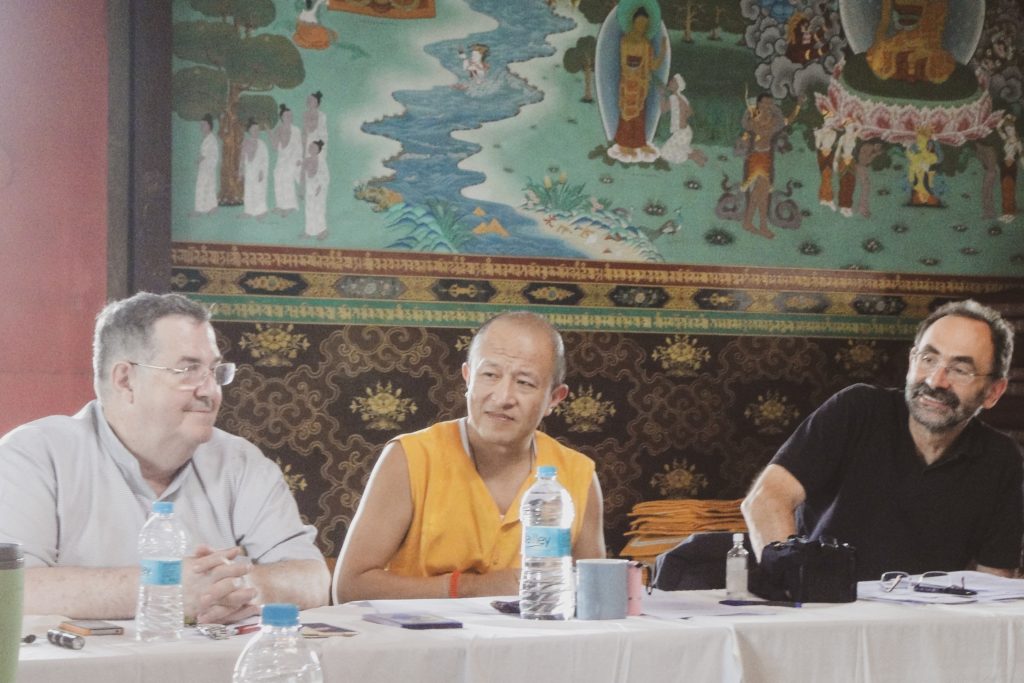 I think that people in the 84000 know that I am a close friend of Buddhism, but that I am an independent. Chokyi Nyima Rinpoche once said in one of our organizational meetings, “Oh, don’t worry. He’s an independent. We had lots like him in Tibet.” That was a very memorable remark, quite touching. I think that diversity of views is a sign of strength in a project. 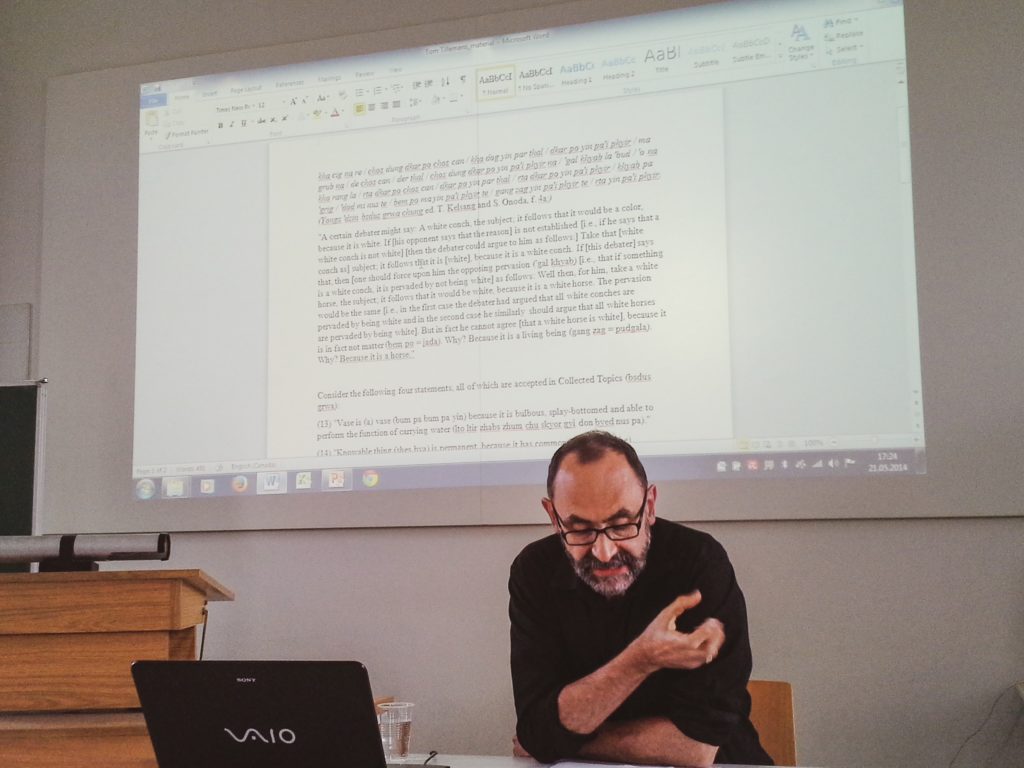