Cutting, Carving, and Communicating: Efforts of Past & Present Translators

During a recent presentation, Huang Jing Rui, Executive Director of 84000, spoke about the immense hardship endured by translators of the past and reminded 84000 supporters that every sūtra available to us today has its own unique story of survival.

I would like to share a story. Has everyone heard of the Śūraṃgama Sūtra? Most people are quite familiar with it. It is widely believed in China that in about the year 700 CE, during the Tang Dynasty, at that time in India, there was a dharma master by the name of Pramiti. He heard that in the past there was a great Chinese monk called Master Zhizhe, who—in order to request the translation of the Śūraṃgama Sūtra which was not yet in Chinese—made prostrations and prayed for 18 whole years. This incident really moved this monk. Therefore he was determined to bring this Śūraṃgama Sūtra to China. But at the time, the Śūraṃgama Sūtra, along with many, many Buddhist sūtras, was considered an Indian national treasure—that is, people weren’t allowed to take them abroad. This monk tried all sorts of ways to—using our present-day lingo—smuggle this sūtra [to China], but he was unsuccessful. So what did he do in the end?

In the end, he copied the sūtra onto an extremely fine piece of white cloth, then rolled it up, cut open his arm, stuffed the sūtra in, and let his wound heal. This was the way he brought the sūtra out of India and into China. Then he had to cut open his wound again to take out the sūtra. So it was because of what he did that the Śūraṃgama Sūtra could be brought to China.

But this is only one story amongst many. In fact, some of the sūtras that we are familiar with now, such as the Diamond Sūtra, the Heart Sūtra, the Amitābha Sūtra, and so on and so forth—there is a story behind every one of these sūtras. We say that there are Three Baskets [Tripiṭaka] in Twelve Divisions (according to the classification system of the Chinese Buddhist canon). Actually, if we think for a moment, behind every single sūtra there are stories like this. The great masters and translators of the past went through immense hardship to get the sūtras at the cost of their lives. 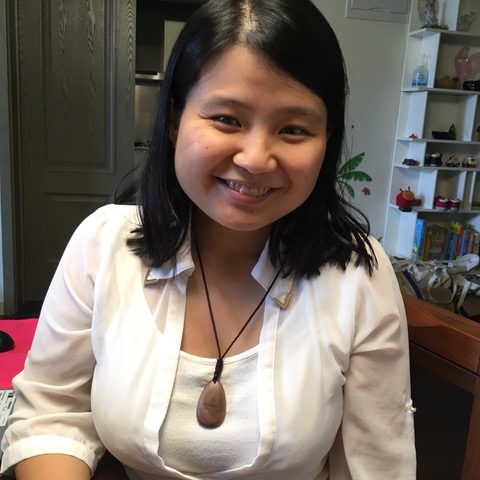 As most of you know, 84000’s goal is to translate the entire Tibetan Buddhist canon into English and modern languages for wide circulation. The Tibetan Buddhist canon is split into two parts: the first part is called the Kangyur, which is the part containing Buddhist sūtras. There are over one thousand sūtras within it, totaling 70,000 pages, which we plan to finish within 25 years. The second part is larger, called the Tengyur, which is the commentary section. The writings of Indian masters such as Nāgārjuna, Śāntideva, Asaṅga, and so forth, are all collected within the Tengyur commentaries. There are over 4,000 works within it, totaling more than 160,000 pages, which we expect to finish within 100 years. So this is truly an enormous undertaking.

Historically, many of the misunderstandings that some foreigners had of Buddhism originated from certain erroneous translations from the past. So for us, since we are shouldering this responsibility, we have an obligation to do our utmost to ensure the quality of the translations. We, therefore, are very selective with our translators and have a very rigorous translation-editorial workflow, the details of which can be viewed on our website.

But Rinpoche is really very wise. He keeps telling us that our translations are not the final translations—meaning that while we work to the best of our ability and use every way we can to ensure that we publish the best translations possible, we are also continuously requesting different external people, including monks, scholars, and even ordinary readers, to give us feedback. Because we publish online and can, therefore, edit quite easily if necessary, we will always be open to improving the quality of our translations.

Even though many people worry that Buddhism is gradually declining, on the other hand, we are living in an era where, materially, we are more prosperous than ever, and the transmission of information is more convenient than ever before. This presents an opportunity for the preservation of the Buddha’s teachings. Nowadays translators don’t need to traverse mountains to retrieve sūtras from the Western regions (Chinese translators used to refer to India, the source of Buddhist texts, as the “West”). There are many sūtras in Tibetan, Sanskrit, Chinese, and so on, that have been scanned and can be circulated in the translators’ circles via the Internet. And people who are participating in translation work can discuss “face-to-face” from different locations via modern technology. So it’s a lot more convenient than before. This gives our translators access to more resources, and also makes it quicker to receive all kinds of feedback to raise our standards of quality. From one perspective, the advancement of modern technology also makes it quicker to pass the sūtras that we translate into the hands of the students of Buddhism.

Two years ago, when I went to Beijing, I visited the Yunju Temple in Fangshan. There they have over 14,000 stone tablets of the Buddhist canon, as well as the Buddhist canon carved on wood, and also hand-written on paper. So many! Imagine the hardship and perseverance that went into carving those tablets! There is a very touching story that happened quite recently about the Fangshan Buddhist canon stone tablets. At the end of the 1950s, the then-Prime Minister Jawaharlal Nehru of India, accompanied by then-Premier Zhou Enlai of China, went to view those stone tablets. At the time Prime Minister Nehru was amazed and asked something like, “It’s so rare to have so many stone sūtras! So rare to come by! Can we give you the equivalent amount of the stones’ weight in gold in exchange for these stone sūtras?” To which Premier Zhou Enlai answered, “Gold has a price, but the stone sūtras are priceless.” 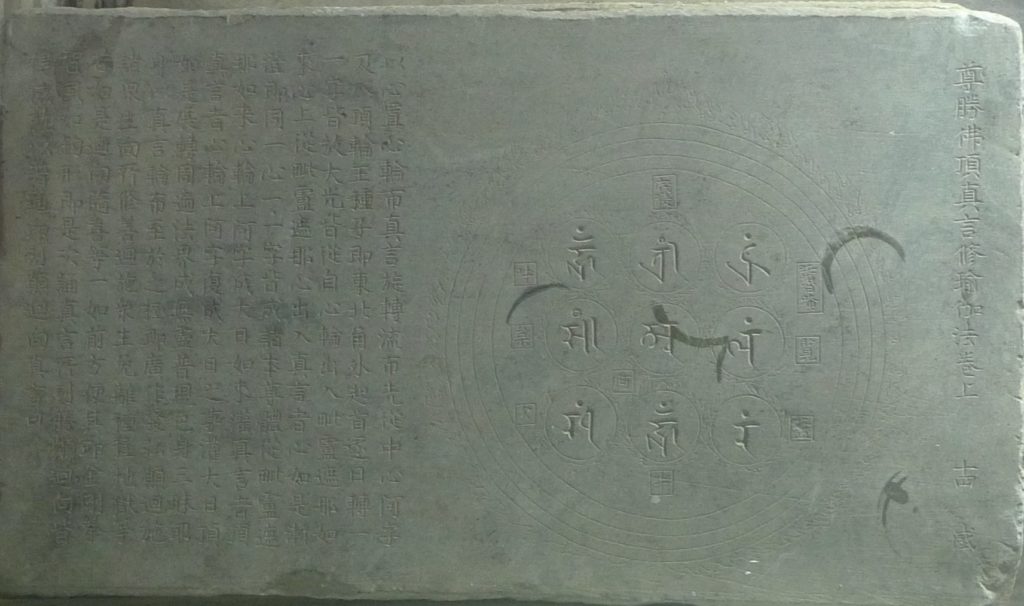 An example of a stone tablet from the Yunju Temple

This is so true. It’s not just the stone sūtras that are priceless. As far as I’m concerned, as long as it is a Buddhist sūtra, it is priceless. I will end here with a quote from Dzongsar Khyentse Rinpoche, “If one wishes to repay the kindness of Lord Buddha, the most supreme way is hearing, contemplating, writing, reading, keeping, and even touching Dharma texts. Of course, imagine translating–making these texts available to people who otherwise would not have this kind of opportunity to explore this world of wisdom and compassion. I think it’s really worth it.”