The Words of the Buddha

What is the Tibetan Buddhist canon? Why is it so important? How is 84000 translating it?

Most people who are interested in Tibetan Buddhism—whether Westerners or Tibetan—may have read or recited a few well known canonical texts like the Heart Sutra or the Diamond Sutra, but have little idea of the overall contents, scope, history, and importance of the Kangyur, the great collection of canonical scriptures in Tibetan. John Canti will guide us through what is in the Kangyur, what kinds of texts it contains, what they are about, and their importance as the foundation of all the traditions of Tibetan Buddhist practice and study. We will also outline how 84000 is undertaking the huge task of translating them and making them available to readers worldwide. 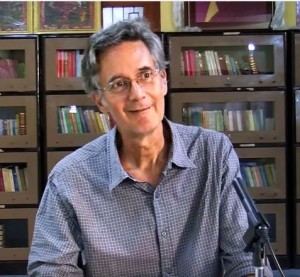 John Canti is a Buddhist practitioner, translator, physician and the current Editorial Director of 84000: Translating the Words of the Buddha. John first had contact with Buddhist teachers while studying medicine at Cambridge University in England, and started to practice under their guidance. In 1972, he met Dudjom Rinpoche, who became one of his three principal teachers. The others were Kangyur Rinpoche and Dilgo Khyentse Rinpoche, both of whom he met soon afterwards.

In 1980 John undertook 2 consecutive three-year retreats retreats in the Dordogne, France, practicing under the guidance of Dudjom Rinpoche, Dilgo Khyentse Rinpoche, Pema Wangyal Rinpoche, and Nyoshul Khenpo. Inspired by their teachers and with the aim of making some of the major works of Tibetan Buddhism available to Western readers, John and some of his fellow retreatants formed the Padmakara Translation Group, of which he is now president. He also had the honor of serving Dudjom Rinpoche as physician during his final years, and subsequently coordinated the medical care of other lamas and practitioners in India, Nepal, and Europe, as well as that of three-year retreatants in the Dordogne.

Still based in the Dordogne, he has continued his translation work with Padmakara, and for many years was also a Fellow of the Tsadra Foundation. In 2009, John was appointed Editorial Chair of the 84000 project by Dzongsar Khyentse Rinpoche.

84000: Translating the Words of the Buddha is a global nonprofit initiative to translate all of the Buddha’s words into modern languages, and to make them available to everyone.