Stories from You: Hasta Colman

The best gift we could receive on our birthday are stories of how our work has helped you!

Here, Hasta Colman reflects on the past decade, and how her own language-learning journey has mirrored 84000’s progress and development. 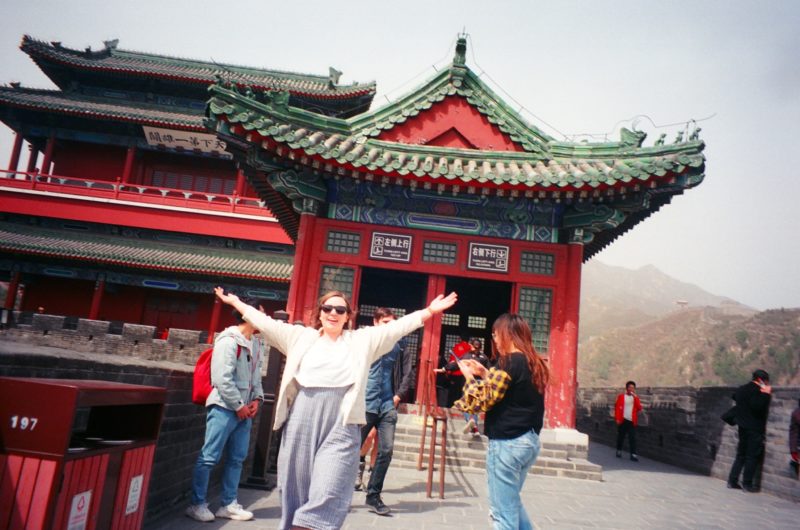 In 2009 I was in my first year of university in New York, and my father was on the other side of the world working on Dzongsar Khyentse Rinpoche’s visionary translation conference in India. I remember hearing Dad’s excitement through the phone, how hard everyone was working, how Dzogchen Ponlop Rinpoche was chairing sessions, how lamas and translators from so many varied places and schools were communicating across barriers. I believe that they overcame so many differences and challenges because taking on such an enormous mission demands nothing less. Planning to translate the whole Kangyur and Tengyur—a whopping 230,000 pages—calls on everyone involved to summon immense courage, to stretch beyond their individual limits, to dream beyond their lifetimes.

In Vancouver a year later, I attended one of 84000’s first launch events with my parents. I remember during the presentation they outlined 84000’s 100-year translation plan. That blew me away. A friend of mine had just died tragically at the age of 20 and time seemed very short. I couldn’t grasp putting something in motion to last 100 years, and that would benefit readers for countless generations beyond that. I immediately made a donation in his name.

It was around that time that I asked Dzongsar Khyentse Rinpoche for advice on my education. I told him that I’d recently started studying Chinese and asked, what did he think? His exact words escape me now, but I remember that he smiled and seemed pleased. Little did I know then that ten years later, after years of school, fellowships, and jobs, including five years living in China, I would be starting my Ph.D. in China Studies. I didn’t have a ten-year vision at the time and if I had known what sort of commitment I’d taken on, I might have balked at investing that much time. Luckily, I had asked a man who thinks in centuries, rather than years, and he gave me just the encouragement I needed.

When I received my letter of offer a couple weeks ago, it caused me to pause and reflect on the past ten years that led me here. I called my Dad to tell him the news and he said, “It just shows that all those years of study were worth it, even when you were living in a closet-sized room in Beijing struggling to understand your landlord.”

As we mark 84000’s ten-year anniversary, I want to commend Jing Rui, Ushnisha, the editors, the translators and the whole team for their tireless efforts to accomplish a truly daunting vision. And they have accomplished so much, having translated or having in translation over 35,000 pages of the Kangyur! I also want to thank and congratulate the patrons who dared to believe in this multi-generational dream.

When they began in 2010, I could barely find a sūtra in English that I could read or study myself; and now they have almost 100 completed translations available online. The more I study Chinese, the more I realize just how difficult and complex translation, especially translation of classical texts, really is. I used to think that translating just meant finding equivalent words, adjusting a bit for cultural usage, perhaps, and putting those words together in the new language’s grammatical form. That must sound naive to all the translators out there but I know I’m not alone in that way of thinking. Many native English speakers who may have studied a little French or Spanish feel the same. It’s hard to fathom a completely alien way of creating and communicating meaning. For me, that really hit home when I learned how Chinese characters developed from pictographs. A drawing of a person with their arms spread wide came to mean “big” （大）, which came to mean “great,” and that character is a component of so many words, including the word “bold” （大胆）. In this example, the written language may have influenced the spoken word. The point is that language not only expresses meaning, it creates meaning. And, as society evolves and changes, meaning and language change in tandem with it.

The Chinese character jing (经) is a component of a lot of common words. While studying in Beijing I couldn’t seem to keep the strokes straight; I kept writing it backwards during my daily quizzes. At the time I was studying in an intensive program at Tsinghua University (清华大学) and using a dictionary app called Pleco to memorize 30+ new vocabulary words each day. Pleco allows users to access specialized dictionaries within the app, including a Buddhist Chinese dictionary. Fed up after getting marks off yet another quiz for miswriting jing (经) again, I decided to read every entry on Pleco for the character.

I opened the Buddhist entry without expecting much from an ordinary character that is a component of everyday words like “already” (已经), “economics” (经济), “experience” (经验), and “careful” (经心). So, you can imagine my surprise when I found that one of the original meanings of the character jing (经) is sūtra. It also means “warp,” as in warp and weft, the vertical and horizontal threading that together form woven cloth. In this way, the Chinese word jing (经) is just like its Sanskrit counterpart, sūtra, which also means thread. Specifically, the thread that runs through and holds the other threads together. Discovering the rich and nuanced meaning of this seemingly ordinary character made me look more deeply at other words. For example, jing xin (经心), which is commonly translated as “careful,” or “mindfully,” when broken down into its parts could equally be translated as something akin to “passing through with heart.” I cannot think of a better definition for mindfulness than moving through things with heart.

I am still learning Chinese and am definitely not a linguist, etymologist, or philologist, but I have learned that ancient languages, which evolved in tandem with the spread of Buddhism throughout Asia, contain layers of meaning difficult for modern minds to fathom.

Much in the same way that 84000’s 100-year plan challenged my 19-year-old self’s capacity to reckon with time, translators must wrestle daily with the centuries of meaning contained in every term. Tools like dictionary apps help make those layers of meaning accessible to modern-day readers operating in a fast-paced digital world. As 84000 develops and adopts new technologies for translation and publication it enables students like me to access layers of meaning that would normally only be apparent to scholars of classical Tibetan. The Reading Room system makes it effortless to instantly look up the root Tibetan text, Sanskrit translations, cross references with other sūtras, and consequently learn the deeper meaning of seemingly innocuous words. An example is the word “aggregates,” which I found out while reading The Miraculous Play of Manjushri means “the fivefold basic grouping of the components out of which the world and the personal self are formed.” Prior to reading that, I had thought that aggregates pretty much meant “components.” On the other hand, that makes sense. According to the Buddhist view, we are all compounded, so the self and the world do not exist independently from their many parts. But I would have missed that deeper meaning if I hadn’t read it through the 84000 lens.

I was lucky to have Rinpoche’s encouragement, not knowing the deeper meaning I would find further down the path of studying Chinese. We are all so fortunate that 84000’s daring vision is lighting the way for us, enabling speakers of modern languages to venture deep into the Kangyur and Tengyur and discover wisdom and meaning that was previously hidden to us.

Hasta Colman is a doctoral student at Johns Hopkins University’s School of Advanced International Studies, where she specializes in China Studies. She is also active with the NGO Genuine Progress Index (GPI), a research and education organization that leads sustainable development projects based on local wisdom with youth around the world. She has been studying and attempting to practice the Buddhadharma since she was about sixteen.