By translating and making available the Tibetan Buddhist texts to modern people, a vast swath of Buddhist civilization and culture may be saved from annihilation 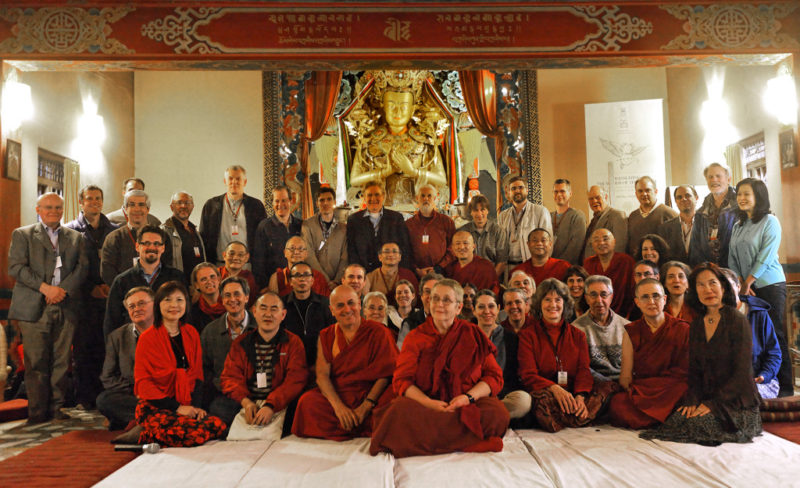 In discussions that lasted over a week at Deer Park Insitute, the participants recognized that less than 5% of the Tibetan Buddhist canon (Kangyur and Tengyur) had been translated into any modern language. It was also recognized that many of the tradition’s learned masters and scholars capable of accurately interpreting the texts were in their old age, or had already passed away. Essentially a preservation project, this sense of urgency coupled with the grand vision to make this archive of wisdom as easily accessible as possible, became hugely motivating factors in establishing a collaborative and open project to collectively undertake the translation of the Tibetan Buddhist canon into modern languages.

84000 was founded in 2010 as The Buddhist Literary Heritage Project. It operated as a project of Khyentse Foundation with the 100-year mission to:

For the next three years, it was Khyentse Foundation’s dedication and stewardship that nurtured 84000 into a full-fledged project. Since then, we have seen steady progress and our work and our team have grown in both efficiency and quality.

In 2013, 84000 matured to independence as its own nonprofit entity (with US 501c3 status), with an independent board chaired by Dzongsar Khyentse Rinpoche, and has continued to preserve a living tradition for future generations.

Read more about the 2009 Conference and its outcomes