TOH 85: The Question of Maitreya

This sutra contains one of the most famous Tibetan dedication prayers, “Prayer for Maitreya.” In this sutra, the Bodhisattva Maitreya asks the Buddha what qualities a bodhisattva needs to attain enlightenment quickly. The Buddha outlines several sets of qualities, foremost among them the altruistic intention of perfect bodhicitta. The Buddha then recounts how, in a former life, Maitreya revered a previous Buddha and, wishing to become just like him, at once realized that all phenomena are unproduced.

Ānanda asks why Maitreya did not become a buddha sooner, and in answer the Buddha compares Maitreya’s bodhisattva career with his own, listing further sets of qualities that differentiate them and recounting examples of the hardships which he himself faced in previous lives. Maitreya, on the other hand, has followed the easy bodhisattva vehicle using its skillful means, such as the seven branch practice and the training in the six perfections. The Buddha declares that Maitreya will become enlightened when sentient beings have fewer negative emotions, in contrast to the ignorant and turbulent beings he himself vowed to help. View Translation

TOH 86: The Question of Maitreya on the Eight Qualities

This sutra recounts when Maitreya asks the Buddha what qualities a bodhisattva needs to be sure of completing the path to buddhahood. In response, the Buddha briefly lists eight qualities. Starting with the excellent intention to become enlightened, the eight qualities include loving kindness, as well as realization of the perfection of wisdom, which the Buddha explains in terms of reflection on the twelve links of dependent origination. View Translation 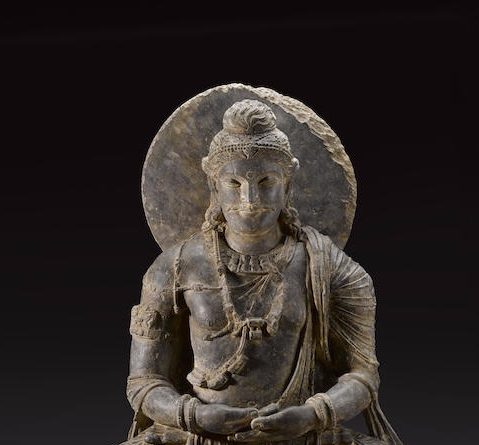 Image of Maitreya, ‘The Benevolent One,’ from Gandhara, courtesy of Bonhams.

Four new tantras have also been translated and are now available for those who have the recommended pre-requisite teachings:

Share this page:
A Message from Our Founder
Launch of New State-of-the-Art Reading Room