Ms. Lynda Chang is a sūtra sponsor of 84000: Translating the Words of the Buddha. She sponsored the full-length translation of the The Collected Teachings on the Bodhisattva in the name of her late husband. 84000 asked Ms. Chang a few questions about how she connected with Buddhism as well as why she supports the project of translating Buddhist scriptures into English. 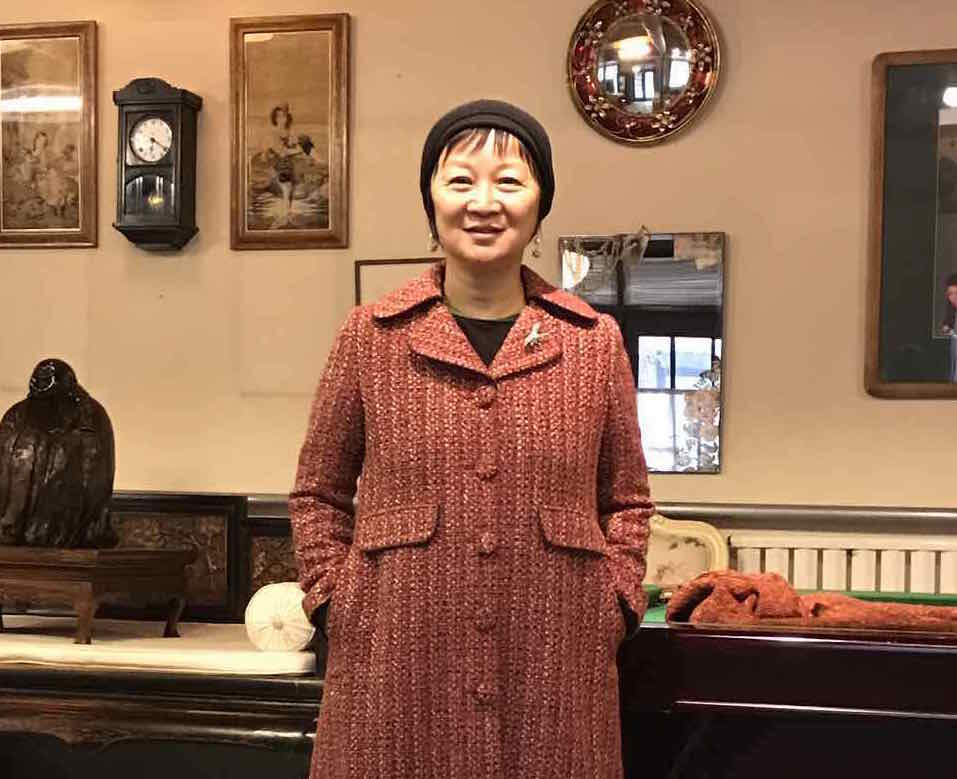 Could you please share with us how you connected with Buddhism?

Ms. Lynda Chang: I had been Christian since childhood. Because I was often ill as a child, I felt that the world was full of suffering. So compared to others, I had more time and opportunity to reflect on the question of life and death. At the time, I was so sick that I was on the verge of dying. My mother took me to all sorts of temples in order to supplicate to the gods and buddhas. But when I saw that Buddhism talked about things related to the karma of the eighteen levels of hell, I got scared and was therefore unwilling to believe in it. Later someone told my mom to go pray to Jesus instead, saying that he’s also trustworthy and has cured the illness of many. Because of this my mother developed faith and I, too, became Christian.

I have a special knack for religion; I have really strong faith and am very good at maintaining discipline. Even as a child I participated in religious activities with enthusiasm and fervor, seeing religious faith as the most important thing in life. I then got a scholarship from the Baptist Church to study in Texas, USA, where I met my husband. My pastor told me to preach to him, and even though in the beginning he was reluctant, in the end he agreed to it. And so my husband, too, was baptized and became Christian.

But the vicissitudes of karma are incredible—my later conversion to Buddhism was also due to him. At that time, he fell seriously ill and had pains in his heart, but we couldn’t find the cause. When Western medicine didn’t work, we turned to Chinese medicine. He was almost in critical condition when a cherished mentor advised that we seek help from the Buddhist master Xuan Hua. Although I was Christian, in order to save my husband’s life I had no choice but to accompany him to seek help from the Buddhist master. The first time I met Master Xuan Hua, he quoted this to me: “If others suffer, then I, too, suffer; since we are all one, show great loving compassion.” With this, my study of Buddhism began.

In the first ten years or so, I studied exoteric sūtras with a laywoman. Despite being quite studious, I would often get scolded. This bothered me a bit. Later when I went to Mt. Wutai, a master there told me, “When you women study the sūtras, you’re very emotional. You’re not using the sūtras to look at problems; you’re using your own emotions to look at problems.” In other words, we’re thinking, “Oh, I think that person’s family is really perfect, so I want to learn from her; in whatever she does she’s able to be considerate, so a lot of people believe in her; all of my classmates are studying here, so I will also believe in her…” But we aren’t looking to see how the sūtras discuss a certain problem; we have no wisdom. We see sūtras just as sūtras, and me as me; my relationship to the sūtras is simply that I recite them, but sūtra is sūtra, while I am still just me. This was really enlightening to me, so I began to scrutinize and seek out my weaknesses. I began to look at my motivation.

My connection with Dzongsar Khyentse Rinpoche came about because of the construction of Dilgo Khyentse Rinpoche’s relic stupa on Mt. Wutai. That year, Rinpoche himself led two/three hundred people on pilgrimage to Mt. Wutai. Visiting the five peaks in the bitter cold wind and rain was extremely difficult and dangerous, especially because amongst us there were the elderly and weak who required special care. Participating in the whole journey allowed me to better understand Dzongsar Khyentse Rinpoche and gave me heartfelt respect for him. From then on, my superficial views of him were transformed. In private, he is a very serious person, but he always remains in a very relaxed state. He is very serious, very principled in the dharma—very respectful and determined when it comes to the dharma.

In the beginning, I missed out on the opportunity to be a founding sponsor. My husband’s passing gave me another chance, this time to sponsor an entire sūtra. I count this as my great merit! I personally like sūtras related to Prajñāpāramitā, so I chose to sponsor a sūtra that fits with my own preference.

All of us who are able to participate are truly very fortunate. If you think about it, even if we can’t finish this task in this generation, that’s alright; in the past it also took as long a time to translate the sūtras. But you have to know that back then only emperors or royal families were able to do such things, or you had to be ordained monastics to perform such tasks. But today commoners like myself are able to participate. I give myself a pat on the back when I think of how extremely lucky I am. I think that because of this merit, perhaps when I die there will be some relics from my cremation. The merit of translating sūtras is enormous, you know? We are just people who were able to help accomplish this due to some influence and by merely giving a little bit of money—we are truly so fortunate.

Some people think that since the sūtras are being translated into English and not Chinese, Chinese people won’t be able to benefit from them. What do you think about this?

I think we ought to have compassion and not distinguish between Chinese people and others. Because Buddhism has had a very long history in China, we should say that the Chinese ethnicity has great merit. Since we have such great merit, we should use it as a foundation for spreading it outward. Otherwise, other ethnicities won’t have the wisdom to understand Buddhism and will misunderstand Buddhism as simply an Asian religion for a limited audience. So I think that the buddhadharma is all about compassion, bodhicitta, and making karmic connections.

The sūtras that we read today were all translated by people of the past. Kumārajīva and others were actually not Chinese. We should put it this way: why did they not translate the sūtras into their own languages, but instead into the language of one of the largest countries at the time? If it weren’t for this, how could the buddhadharma have been preserved to this day, how could it have been propagated? So what we’re doing now is something similar. We have a saying: “If the East isn’t lit, then the West will be lit.” As long as it is preserved, in some corner of this samsaric world the complete dharma will remain. I think this is the way we ought to consider this issue.

If the Tang Dynasty people hadn’t done it, today we wouldn’t be able to read so many Chinese sūtras. It’s because they completed it back then. China’s sūtra translations are really impressive—at the time almost every major sūtra had six, eight, or more than ten translated versions, so that from these ten or so versions we can find one, two, or three versions that we like. Such was the case with Avataṃsaka Sūtra — we have the sūtra in eighty chapters, forty chapters, a dozen chapters, and so forth. We’re very lucky. But if people back then hadn’t endeavored to do this, we wouldn’t be able to enjoy the sūtras now. What we’re doing now is what those in the Tang Dynasty did.

All of us Buddhists believe that we do not just incarnate once. In future lives, I might not necessarily be able to read and understand Chinese sūtras. Reading Chinese sūtras isn’t easy even for people today, much less in future lives. Without a very good English canon as reference, you’re going to find it very challenging. 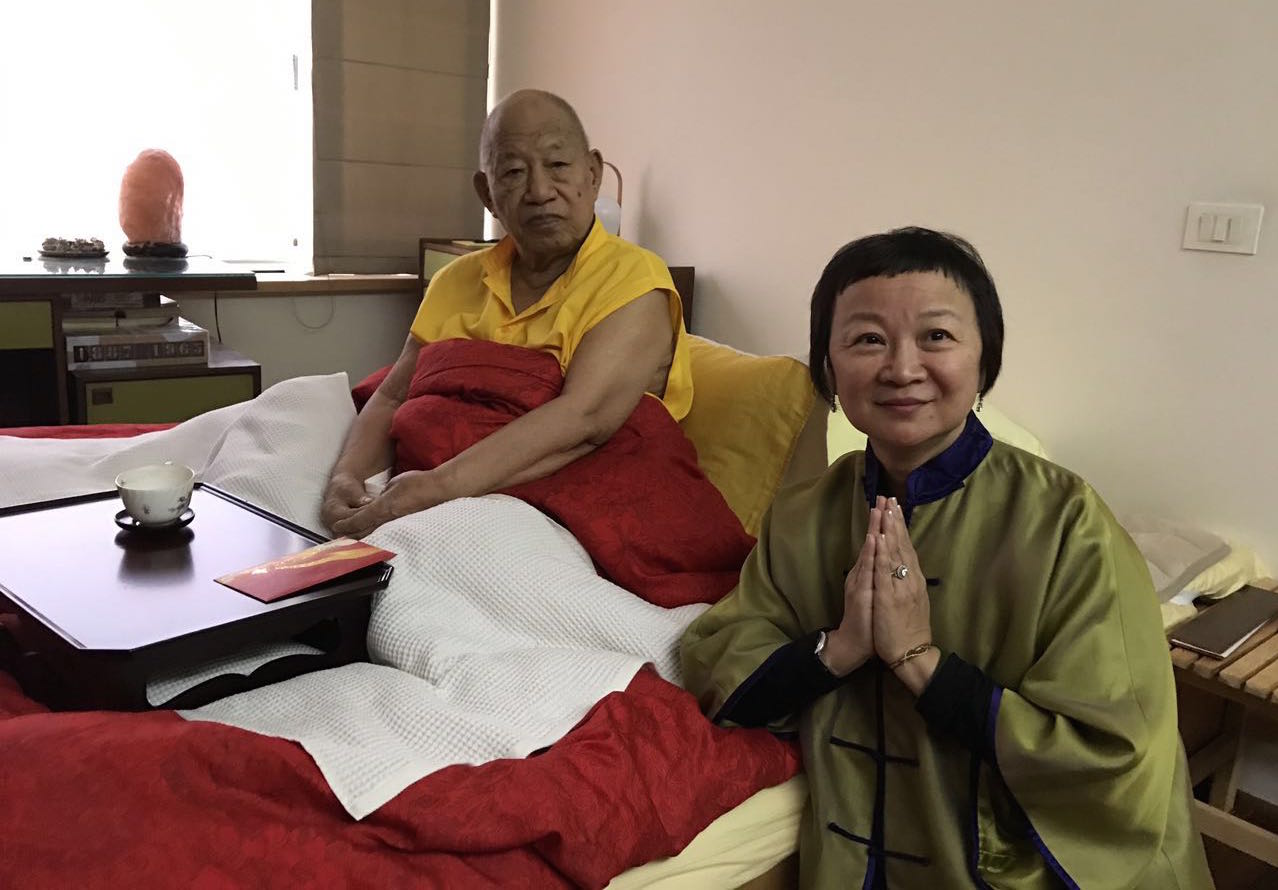 Lynda Chang works in the cultural arts. In 2002, she first worked for the International School of Beijing, then later transferred to the Dulwich College Beijing, serving as the Head of the Chinese Department. In 2011, she founded her own art studio that focuses on traditional tea ceremony, painting, accessories, and gifts.