After recently launching this translation in Bodhgaya (India), we are thrilled to have recently published the 84000 translation of The White Lotus of the Good Dharma in our online Reading Room, complete with a preface by Dzongsar Khyentse Rinpoche. This sūtra is one of the most popular and influential sūtras in Mahāyāna Buddhism and is known for its vision of the single yāna or “vehicle” within which all the varied teachings of the Buddha are simply skillful means to bring different individuals to the same ultimate goal—buddhahood.

In this sūtra, the Buddha teaches an audience that includes bodhisattvas from countless other realms, and bodhisattvas who emerge out from the ground from the space below this world. The sūtra primarily consists of the Buddha and bodhisattvas, such as Samantabhadra, describing the great benefits that come from devotion to this sūtra, the history of its past devotees, and how it is the Buddha’s ultimate teaching, supreme over all other sūtras. It also explains how there is truly only one yāna, which leads to buddhahood, and that arhathood was taught as an expedient goal. The Buddha states that he had attained buddhahood long ago and only appeared to attain it in his present life.

If it’s so popular, it must have already been translated, right?

The many versions of the sūtra from different centuries that have been found, in various languages and regions, seem to indicate a gradual accretion in the size of the sūtra over time. Not only have extra chapters been added, but also some chapters have been enlarged with additional material, as can be seen by comparing the early Chinese translations to the later Tibetan ones. Perhaps the last addition to a Sanskrit version was the teaching that emanates from Buddha Prabhūtaratna’s floating stūpa, which is not found in any surviving Sanskrit manuscript or in the Chinese.

The sūtra was translated seven or more times into Chinese. The first, now lost, is said to date to 255 CE, but the earliest Chinese translation that still survives is one made by Dharmarakṣa in 286 CE. However, the most popular and influential translation has been that made by Kumārajīva in 406 CE. It is recorded that the translation avoided simply rendering the Sanskrit text literally into the Chinese language, and the work involved lively discussions within his team. This is the version on which almost all Western versions of the sūtra, and indeed commentaries, are based.

The Tibetan translation was made during the reign of King Ralpachen (r. 815–838) as part of the great translation project at Samye Monastery instituted by King Trisong Detsen (r. 755-797/8). The translators were Surendrabodhi and the great editor Nanam Yeshé Dé.

The first Western translation was into French, by Eugène Burnouf (1801–1852)—Le lotus de la bonne loi, an excellent and elegant work with copious notes, which was not published in its entirety until after his death. In English, the first complete translation of The Lotus Sūtra was made some thirty years later from a Nepalese Sanskrit manuscript by Jan Hendrik Kern, in 1884. Since then, however, all six of the more recent English translations have been from the Chinese of Kumārajīva.

There are significant differences between Kumārajīva’s Chinese translation and the Tibetan version—made with quite different methodologies, and from Sanskrit source texts of different periods with substantial differences in content. As the 84000 project’s comprehensive effort to translate the Kangyur (the Tibetan Buddhist Canon) began to gather speed, the need for a translation from the Tibetan that would contribute to our knowledge of this significant and popular sūtra became very obvious. This new translation, from the Tibetan and with reference to the Sanskrit, was therefore undertaken for 84000 by Peter Alan Roberts.

Is it true that it also influenced arts and culture across East Asia?

This sūtra contains one of the fullest expressions of the transcendent nature of the Buddha, and its successive descriptions of astonishing events and vivid parables give it a distinctive literary power. The sūtra has been especially popular in east Asia, where it has been the impetus for a range of exquisite artistic and architectural forms, and indeed, whole traditions of study and practice that thrive to this day. 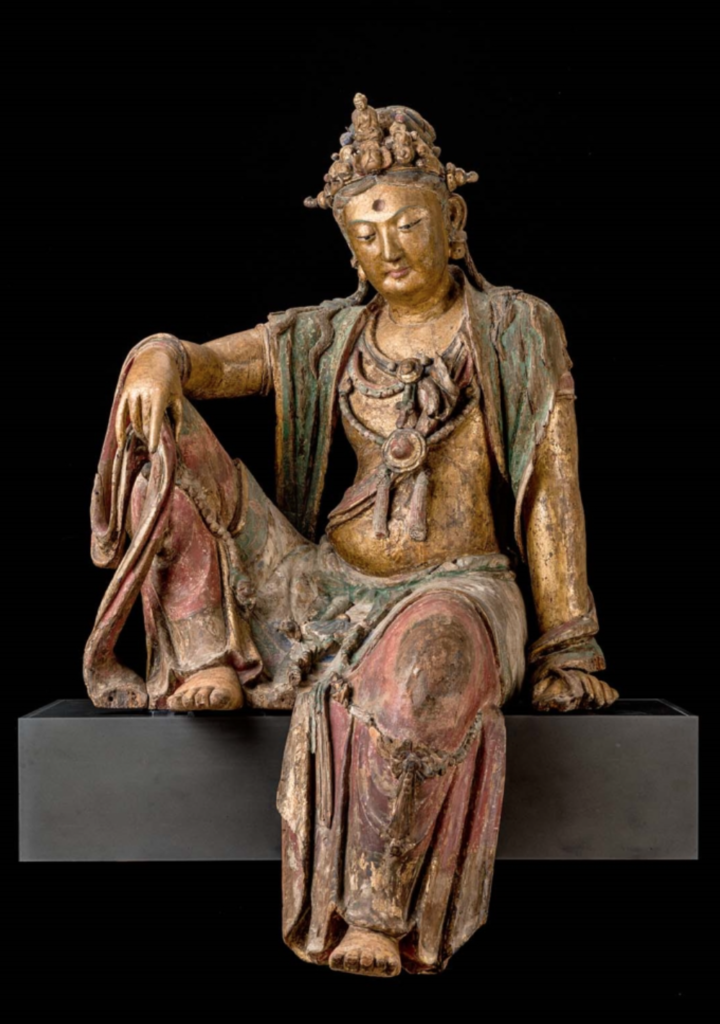 In the Lotus Sūtra it is recounted that Avalokiteśvara adopts many forms—man, woman, child, monk, layperson—or performs various services—granting children, dispelling bandits, quelling storms, or eradicating wild beasts—in order to benefit those who petition him, demonstrating his compassionate aspect. As the subject of numerous images in the history of Buddhist art, sculptors and painters have crafted works that embody Avalokiteśvara’s qualities in exquisite aesthetic forms with a remarkable fluidity not only of physical appearance but also of gender identity: significantly, in East Asia, Avalokiteśvara is as likely to be considered female as male.

The Lotus Sūtra’s influence on developments in the arts and in literature can be seen in the murals adorning the 1,600 year old Mogao caves of Dunhuang (Gansu, China), where beautifully painted images and scenes have clearly been inspired by it. In the British Library’s collection, the Lotus Sūtra outnumbers all the other Chinese Buddhist texts brought back by Sir Aurel Stein during his second expedition to Central Asia (1906-1908). 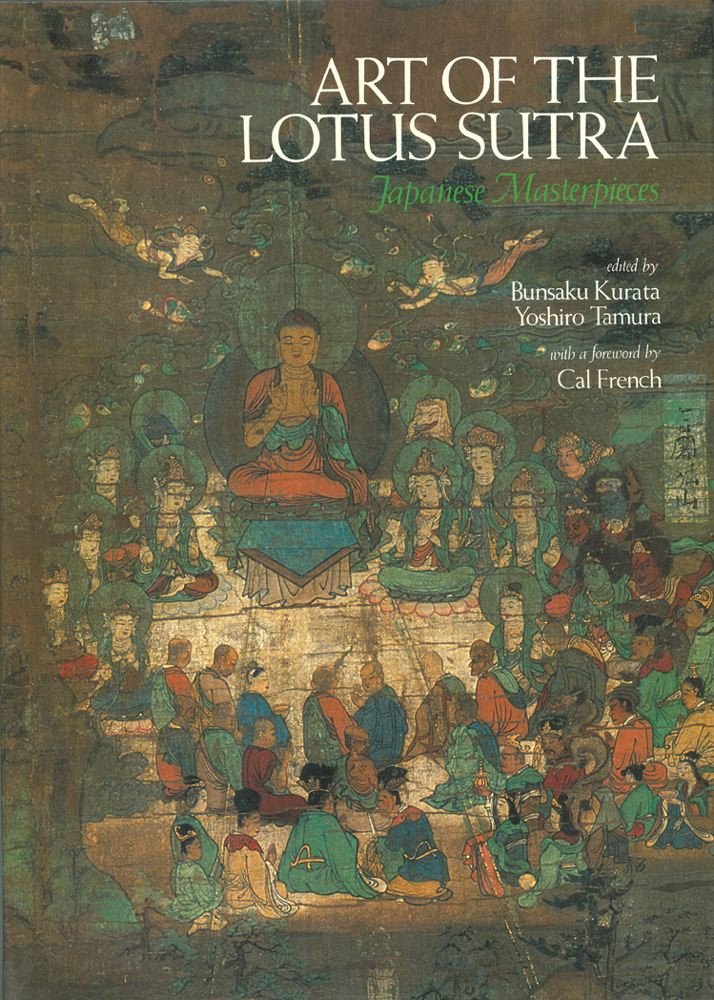 Centuries later, we see its influence extend to Japan. Written in the eleventh century, and over 1,000 pages long in English translation, the Tale of Genji is often described as the world’s first novel. Its famous opening passage of “Lavender” is said to be characterized by allusions to the Lotus Sūtra, as are many scenes in subsequent chapters throughout the novel.

All over the region, this sūtra has been deeply revered. It is, therefore, with much excitement that we are now able to make this translation universally available.