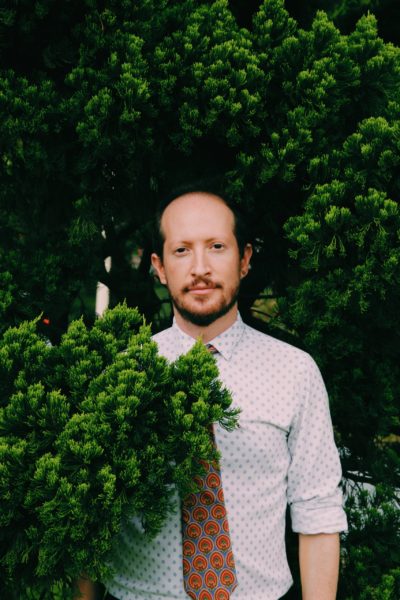 In June, 84000 reached out to US-born, Taiwan-transplant Harry Einhorn for an original musical composition to accompany our recently published text, “The Dedication: Fulfilling All Aspirations.”

Harry’s musical setting for the text and volunteer singers were set to imagery in a beautiful video created by Sophie Perks, to form the basis for a twenty-four hour sūtra recitation in celebration of our tenth anniversary, the birthday of our Founding Chair, Dzongsar Khyentse Rinpoche, and the auspicious month of Saga Dawa.

Here, we sit down with Harry to talk about Buddhism and creative culture.

84000: Your work as a composer, musician, and theater artist is inspired by Buddhist cosmology and meditation. What brought you to Buddhism, and what was the impetus to merge your creative skills with your practice and study?

HE: When I was a child, the Dharma was entirely environmental. I didn’t experience it as something out of the ordinary. My parents were students of Chogyam Trungpa Rinpoche, so the adults would be in one room meditating or chanting, and the kids would be downstairs building forts out of meditation cushions. I also have memories of being taught flower arranging and of singing Dharma songs. I grew up around a general atmosphere of creativity.

Trungpa Rinpoche manifested an environment of Dharma Art: The Dharma was being transmitted not just through words, but through the paint color, through flags and banners, the way the pictures were hung and how water was served, or the way the meditation cushions were set up. It wasn’t until well after we moved from Halifax (Nova Scotia) back to the United States that I realized how unusual that kind of upbringing was.

Another aspect of my childhood experience was that all of our practices were done in well-translated English. In fact, for Trungpa Rinpoche, it was crucial that people be able to understand what they were doing, so a lot of effort was put into making high-quality translations that were not only accurate, but also inspiring. And I think this adds to my appreciation of what 84000 is doing.

I only started getting into Buddhism on my own after I left for college, largely because of intense suffering. I was a musical theater major, but I decided to base my senior thesis and dance theater piece on the six realms. After that, I spent a few years going back and forth to India and even learned Tibetan.

But it was a few years until I rediscovered Trungpa Rinpoche’s teachings and recognized the brilliance of how he blended Tibetan Vajrayāna, East Asian Mahāyāna, and certain Western forms of etiquette to create a disciplined yet uplifting environment in which people could practice Dharma in ways that felt natural and rooted in our culture.

Even though I was, and still am, a very lazy practitioner with terrible discipline, I think one thing that has stuck with me is a certain confidence that fundamentally, there is no inherent barrier for the enlightened principles of gentleness, compassion, tenderness, wakefulness, and basic sanity to be expressed in this current culture and society. And I think it’s that confidence that drives my art making to this day.

HE: My father has a very deep connection to Indian classical music, so I was exposed to it from a very young age. I still remember being made fun of on the school bus for listening to Bollywood instead of pop music. As I grew up, I developed a deeper appreciation of the spiritual qualities of Indian classical music, especially its ability to inspire quite refined and subtle meditative states in the audience. This has origins in Vedic texts that describe the power of sound, and how sound is actually the basis of everything. Though sometimes debated by the Buddhists, it still provides a fertile ground. This view on sound was also very likely to have influenced the sonic landscape and the culture during the time of the historical Buddha.

A few years ago I was lucky enough to meet a wonderful teacher and performer of North Indian classical music named Sanjoy Banerjee, who is based in Kolkata and who would teach in New York City for several months every year. He’s a master of the Kirana Gharana school, and is an excellent and caring teacher. Through him, I was introduced to Indian rāga singing. Though I studied for several years, I was never really anything but a beginner; but it has influenced my compositions and widened my palate. Alongside Indian classical music, my main influences are Western sacred choral music (I actually used to be a professional Church singer!), Tibetan chanting, and American musical theater. I think all these influences come across in the work I completed recently for 84000.

84000: In translating the Kangyur and Tengyur into English, 84000 strives to remind audiences that the texts we are working with are part of a living tradition, and that the sūtras are as relevant now as they’ve ever been. What role do you think can play here?

In order for the Dharma to flourish in today’s world, I think there not only has to be linguistic translation, there has to be a process of cultural translation as well. Trungpa Rinpoche emphasized that Buddhist art has to be very “now”—that it must spark a sense of “now-ness” in the minds of those who encounter it. This now-ness was certainly the case during the periods when these various art forms flourished. And contemporary Buddhist art and expression should also aim for that. 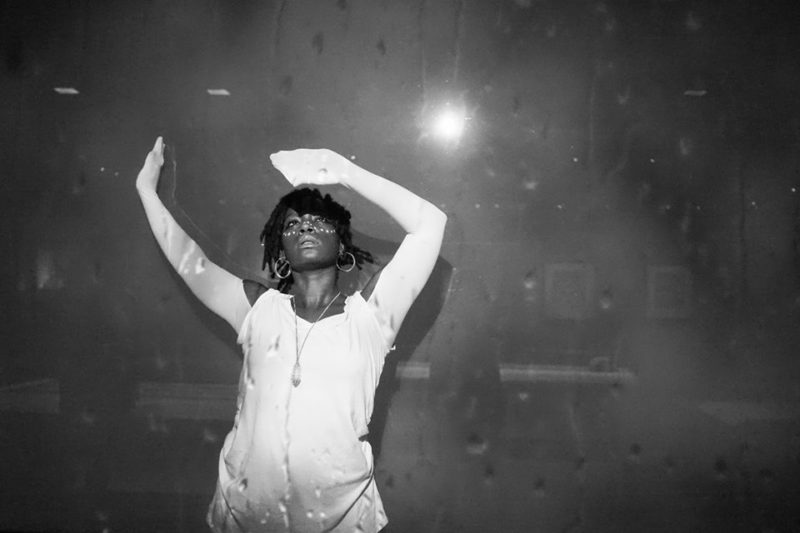 Currently, I see a trend towards a lot of Buddhist art being either primarily soothing or overly saccharine and infantilizing. But, traditionally, while Buddhist music from East Asia is often peaceful, it also has a very sharp, jarring quality. The same goes for traditional Tibetan music—when you hear the horns, you can’t help but listen with your whole being: the mind just stops.

I was taught that the ideal Buddhist art is gentle, in that it is non-aggressive and hasn’t been created out of an egoistic need for confirmation. At the same time, it is very wakeful and sharp, which communicates the brilliant, luminous, and penetrative quality of the awakened state of mind. It’s good if art can evoke a contemplative state of mind, but we shouldn’t become stuck there, limiting ourselves to thinking that Buddhist art always needs to be primarily calm and soothing.

84000: You recently founded Samadhi Arts in New York City as a multidisciplinary platform dedicated to connecting visionary artists and traditional lineages. Could you speak a little about what inspired this non-profit venture and what you hope to see from it?

HE: After a few trips to India, I reconnected with one of Trungpa Rinpoche’s first students, Jack Niland, and that was a turning point for me. Jack introduced me to a very large and inspiring vision of Dharma art, including the importance of being able to tap into the vibrant, energetic, and creative qualities of space and to channel them into artistic expression. The goal is the transformation of culture into a container that can carry the Buddha’s teaching far into the future. You can learn more about this process here.

Jack told me that Trungpa Rinpoche had said, “If you want to change the culture, you have to change the art.” And that is why he was so interested in avant-garde American theater artists, poets, musicians, and visual artists. This was the seed inspiration for the creation of Samadhi Arts, which was to create some kind of platform for this to occur in our current time. 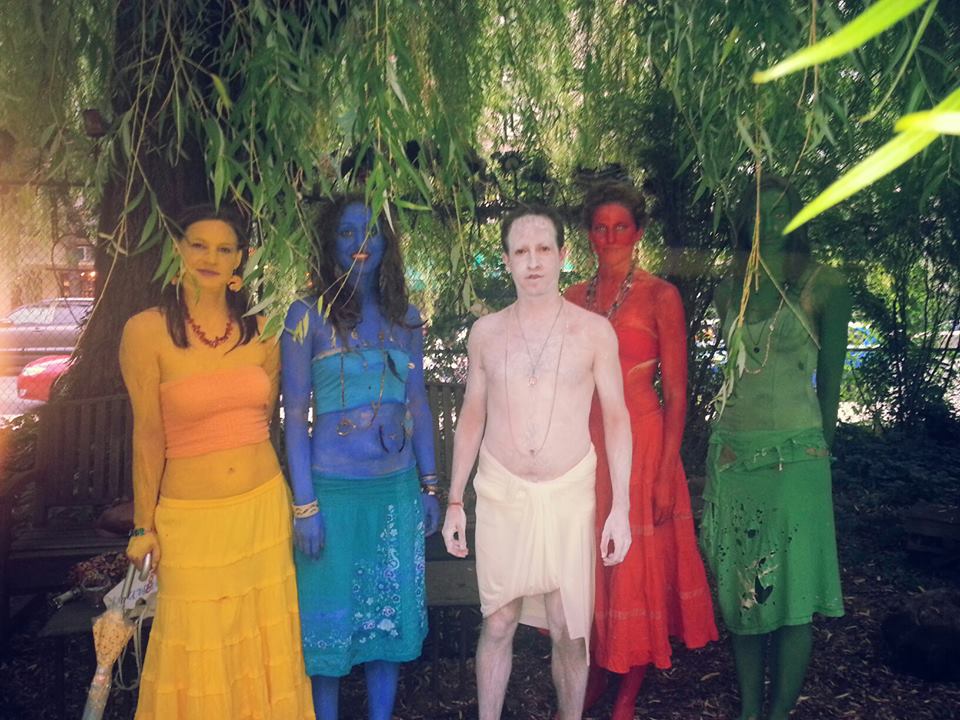 Performance by Harry Einhorn, based on the five Buddha families

I hope that Samadhi Arts can continue to be a platform for this type of creativity and intercultural exchange; and that it be an inspiration for others to create situations where ancient wisdom can be expressed in the now, with a societal element as well.

84000: We were thrilled that you agreed to compose and produce a piece for our tenth anniversary celebrations last month (despite the very short notice.) You’ve set the Seven-Line Prayer to music, but was this the first time you used a sūtra as source material? Could you speak a bit about how you conceptualized the rhythm and melodies?

HE: Thank you! I was also thrilled to contribute to the amazing work that 84000 is doing. I’ve written two compositions based on the Heart Sūtra, most recently for Khyentse Foundation and Siddhartha’s Intent but this was the first time I engaged with a longer sūtra.

When I am creating a piece like this, I try to let the text speak for itself, and not impose my opinions on how it “should sound,” which would feel like a form of aggression. Rather, I try to let the patterns emerge naturally during the creative process while maintaining an open, curious, and confident state of mind.

Rhythm wise, I knew this text was too long to be monosyllabic—people would fall asleep! Compared with Tibetan or Chinese, working with English is challenging because it is less flexible when trying to put words in a meter. But I think when working with English, we have to be bold and realize that what feels unfamiliar at first can soon feel natural: The singers found the rhythm challenging at first, but they did a great job.

The basis of the melody is two of the three notes that were used to chant the Rigveda (low Ni and Sa), which are very powerful. When sculpting the melody on top of that, I experimented with different lines until something in my heart becomes unlocked, until I feel some opening, emotional response, or inspiration. I don’t have any formal compositional training, and I think that actually helps me, because it forces me to keep things elemental. Basically, I let the music and text guide me, as opposed to the other way around.

I think the most crucial aspect, though, is always coming back to this question: Is this supporting the generation of a practice mind, or is it getting in the way of that? It’s very humbling, because you have to let go of a lot of your own “good ideas,” in the service of making something that will support the practice of others.

HE: I would like to acknowledge the incredible vision of Dzongsar Khyentse Rinpoche, who I feel truly sees the importance of the Dharma taking relevant cultural forms, while never straying from the view. I’d also like to acknowledge and thank the incredible work of the 84000 team. In addition to the obviously crucial work of the translators themselves, I’d also like to offer my deep gratitude to all of the back end people who do things like keep databases and spreadsheets, raise money, maintain servers, write lines of code, and I’m sure many other invisible tasks which make this work possible. May we all continue to use every tool at our disposal to realize the truth of how things really are, and to benefit beings!

Performance based on the Sūtra of the Teaching of Vimalakīrti, New Delhi (India)