Language, Philology, and the Motif of the Courtesan 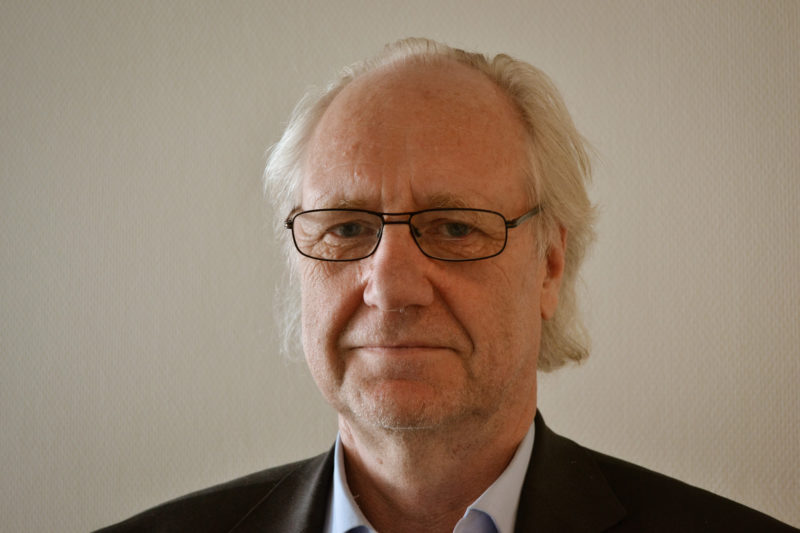 You are a Professor Emeritus in the Department of Cultural Studies and Oriental Languages at the University of Oslo, and now lead the new Norwegian Institute of Philology. Can you speak to us a little bit about your research interest in philology?

Philology, in universities anywhere, is not usually cherished, nor is it strongly supported nowadays. But, of course, when we study Buddhist literature we understand very well that learning written and traditional languages is very, very important for the scholarly part of Buddhism. And to learn a language you can learn to use a dictionary and read texts very slowly, and learn to use the grammar; but to gain a proficiency in reading historic languages takes a very long time. This kind of study is very demanding, of course; and what historical languages mean to us is quite different compared to modern languages, and that is the charm of it—you learn something else entirely, you get another viewpoint from which to see the present.

So our institute has that as its main focus: we take care of historical languages. Greek and Latin, of course; and then, my background with Sanskrit, Tibetan, Buddhist Chinese, and then we have someone who is working on Classical Arabic.

My inspiration for this institute was my readings of Tibetan, Sanskrit, Chinese texts in parallel to see how Buddhist ideas are formulated in the three languages; how they diffuse from India to China; how thinking diffuses by means of translation from India to Tibet and then all over East Asia; and how translation is in a way the medium for the sharing of thought. Translating and learning new languages is actually a way of sharing and making a global culture.

And so how did your interest the Kangyur develop?

It began with the idea of studying other ways of thinking, and to get another view on life. And this is a kind of deconstructive activity in the sense that having more views on a phenomenon makes you question the phenomenon itself. So really, I started with a philosophical interest in Buddhism. And of course, at the time when I started studying in the 1970s, interest in Buddhism was really hot. It was still a kind of unchartered territory in the West and a “new” way of thinking. And at the end of the 1960s and into the 1970s came the various Tibetan missions to the West, and so I was kind of brought along with this movement. But throughout history, Buddhism was always—beside the vinaya, beside the meditation, beside the practice—a strong academic discipline. And you could say that Buddhism has actually been a pan-Asian movement that has done a lot for education all over Asia throughout history, giving it a kind of common format upheld by the discipline of the sangha. And in this process, universities and academic activity was always quite important. So a strong intellectual activity has always been a part of the Buddhist tradition.

Buddhism started to slowly come to the West just after 1800, and then from the middle of the 19th century academic, philological, and philosophical interest increased. But when Tibet became internationalized, that is when Buddhism really began to spread. And this happened in my time. I’m lucky to be a small part of it. So as to how I got into it, I don’t know: when you’re born and grow up, you’re always part of activities that go on around you. And in Norway, there is actually a tradition of Tibetan and Sanskrit studies from the early 20th century when the Kangyur and Tengyur were brought back by a Norwegian missionary who had been working in Tibet. And so from 1923, you have the first professor of Sanskrit in Norway, who also took care of Tibetan studies, as did his successors up to my time. And then I picked up Chinese in the 1970’s to read Buddhist texts. So that is my background and my interest in it all.

That’s quite a background.

You also have a project called Bibliotheca Polyglotta that is a multilingual corpus of historically important texts. How do you see these sorts of independent projects, such as the Bibliotheca and 84000, as helping to improve the current state of Buddhist studies?

Now, we have these computers, we have these books, we have the internet, and it’s about putting them to use: getting the texts read; and getting them studied, which is the most important thing. These tools exploit the possibilities that the internet gives us, and so the Bibliotheca Polyglotta, for instance, becomes a reading machine, a learning machine. One principle on which Bibliotheca Polyglotta is premised is, in fact, the pleasure of reading. Philology and textual criticism can be extremely boring; and studying and reading grammar can be really boring too. But in life, there’s always a tension between being bored and having pleasure. And of course to learn and study these languages is work-intensive, but then the pleasure of reading—the prize you get—is also enormous. So these are great resources, and can really take Buddhist studies to a new level.

You spoke earlier about how concepts diffuse historically into new languages, and how translating them is actually a way creating a global culture. Could you please talk a bit more about translation as an activity and how it pertains to our current understandings of the Kangyur?

I have spent a lot of time reading all kinds of texts. Not only Buddhist texts, but also Arabic, Greek and Latin in the same format, because there was also a translation culture with Greek at the start, with translations into Latin and then later translations into Classical Arabic, and the reception into modern languages of that heritage from antiquity. And this triangle of languages is very similar in principle to the Sanskrit-Tibetan-Chinese situation, with Sanskrit as the original language instead of Greek, where you can follow the history of thinking and religion through language and time.

The translation of the Kangyur and Tengyur is unveiling a lot of Tibetan and Sanskrit literature that is not known. Similar to how Thomas William Rhys Davids and his wife founded the Pali text society, and translated the Pali Canon at end of the 19th century and the beginning of the 20th; and how the Japanese have translated the Chinese Tripitaka, as the Koreans have done too. But to have the Tibetan Canon translated entirely would be an enormous contribution, and a natural succession. So the work 84000 is doing fills in a huge gap for Buddhist studies and also for Buddhist practitioners.

It is interesting also that the academic activity goes hand-in-hand with the practice of Buddhism: I do the academic study of languages in various ways, but it’s interesting that the people that best understand the importance of language are often religious people. Even in Christianity, they always support philology, whereas ordinary universities would rather support engineering and economics. And to ask “What does it mean?” is a very basic question for us all, and a question always connected with religions and various philosophies, indeed including those of Buddhism. So Buddhism has always supported philology and the study of language, both for the sake of translation and for its philosophical and religious dimensions.

So questions about meaning, about intention, about what is hidden in language, are always there as basic existential and philosophical questions; and because religion is borne by symbols, by language, it is an important part of any philosophy or religion. Translating can be a kind of automatic thing, like Google translate, but, in accordance with the Buddhist ideals, one should translate according to the meaning, not only the letter. This is of course somewhat harder, since you have to apply intellectual effort to actually understand what you are translating. One can also consider translating as a Buddhist practice. One is reminded that there are three levels of understanding, that of hearing, pondering about, and making what you read a part of your thinking in a more basic way. In Sanskrit, these are called, śrutamayī, cintāmayī and bhāvanāmayī prajñā. But you could also say that translating is a very, very basic thing in life because we are always translating. We translate our feelings into language; we translate our experiences into language; we translate the movements of others into our understanding. We are constantly interpreting.

So Buddhist Studies and this kind of activity at universities broadens one’s scope and understanding of the world. Translating these meanings into language enriches our experiences and our understanding of ourselves and others. And, in fact, translators were always highly respected in Buddhist tradition, as they bring Buddhism to new audiences, something always underlined as an ideal. So of course, 84000’s work on the Kangyur is essential! I should not forget to mention that I feel very privileged to participate in this magnificent project.

In January, we published your translation of The Miraculous Play of Mañjuśri (Toh 96). It has a wildly engaging frame story involving a courtesan’s daughter and her wealthy, banker boyfriend. Is it common to see such frame stories in the Kangyur?

The motif of the courtesan you find also elsewhere in Buddhist stories: In the vinaya literature there are several such personalities. And of course the figure of the courtesan is intriguing, in European literature too: The free woman, who may be wealthy, who is beautiful but at the same time is marginalized. Mahāyāna Buddhism makes a point out of being unconventional, and makes an important point of tolerance (which is one of the six pāramitās): It can be seen as a kind of protest, a kind of rebellion against “societal roles” and stale thinking. The Mahāyāna sutras go out of their way to criticize a corrupt kind of monasticism, and indeed, the relationship between laypeople and monasticism is a very important theme throughout the history of Buddhism. So the courtesan here is a figure who is not supposed to be anything other than a prostitute, but she shows herself to be the most intelligent character, much more than her timid admirer, the boy Bhayadatta—whose names translates as “given to fear.”

So, Mahāyāna Buddhism makes a huge point of roles in its sutras, and in these texts marginalized types are often chosen as the main characters—an old lady seen on the outside as stupid; a small child; or even Vimalakīrti, the rich playboy—who are not supposed to be the carriers of the Buddha’s wisdom. They are untraditional religious persons, and mostly unaccepted by the traditional religious authorities. But the Mahāyāna sutras often employ traditional Buddhist themes and concepts in an alternative way. Thus, the Mañjuśrīvikrīḍita (‘The Miraculous Play of Mañjuśri’) employs a story found in avadāna, namely the Suvarṇavarṇāvadāna, where the frame story depicts a boy Suvarṇavarṇa—almost the same name as our courtesan heroine—who is turning down the approaches of the courtesan Kāśisundarī, as he would prefer to study Buddhist teachings. However, soon he finds the girl killed, and he is blamed for the murder, which has actually been committed by the jealous minister, Pracanda. So, similarly, in Mañjuśrīvikrīḍita (‘The Miraculous Play of Mañjuśri’) the prostitute becomes the heroine, rather than the wealthy but feeble boy who is only afraid. So it’s also strong feminist statement we have here, you could say! The frame story may be derived from the avadāna literature, but the way it evolves suits the Mahāyāna perspective, expressed in the beginning where this girl admires Mañjuśri and his dress, and says, “Give it to me,” and he replies with, “Yes. If you produce the mind of awakening.” The story of Suvarṇavarṇa can be read on the Bibliotheca Polyglotta.

But even though the original Mahāyāna movement was often critical of monasticism and what was perceived as conservatism, it is still the Sangha that has taken care also of the Mahāyāna sutras and made Buddhism a very strong movement for over 2,000 years.

Learn more about the Norwegian Institute of Philology and Bibliotheca Polyglotta.