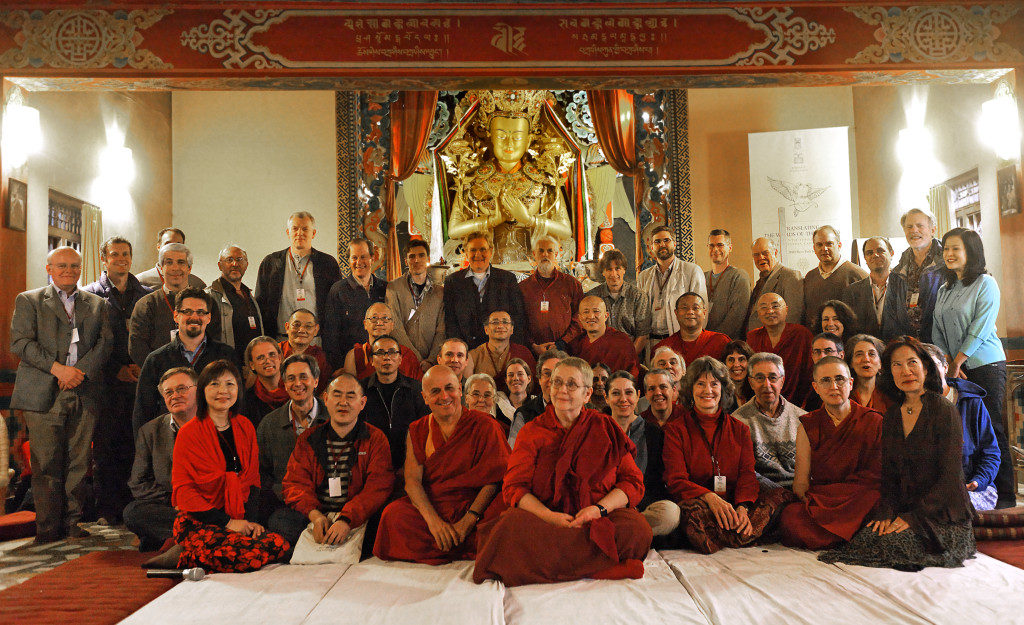 By translating and making available the Tibetan Buddhist texts to modern people, a vast swath of Buddhist civilization and culture may be saved from annihilation.

It is with deep admiration and appreciation that we acknowledge Khyentse Foundation for all their efforts in sponsoring and organizing the historic “Translating the Words of the Buddha” Conference in March 2009, from which 84000 was born.

Initiated by Dzongsar Khyentse Rinpoche, the conference brought together more than 50 of the world’s leading Tibetan Buddhist teachers, translators, and academics to discuss the importance of translating Buddhist canons, with particular focus on the challenges of translating the Tibetan Buddhist Canon. Over a week of lively and stimulating discussion, the participants recognized that less than 5% of the Tibetan Buddhist canon (Kangyur and Tengyur) had been translated into any modern language. Yet, many of the tradition’s learned masters and scholars – who are capable of accurately interpreting the texts – are already in their old age, or have passed away. This sense of urgency coupled with the grand vision became hugely motivating factors in establishing a collaborative and open project to collectively undertake the translation of the Tibetan Buddhist canon into modern languages.

84000 officially launched in 2010 as a project of Khyentse Foundation—and at the participants’ urging led by Dzongsar Khyentse Rinpoche—with the following 100-year mission:

For the next three years, it was Khyentse Foundation’s dedication and stewardship that nurtured 84000 into a full-fledged project. Thanks to their support, 84000 matured to independence in June 2013 as a registered 501(c)3 non-profit organization with an independent board chaired by Dzongsar Khyentse Rinpoche. At the time of its independence, 84000 received financial support amounting to US$5.4 million from the Foundation.

The resolutions of the March 2009 conference remain as guiding principles of 84000: Translating the Words of the Buddha, and we continually strive to maintain the motivation of the conference, and to fulfill these commitments.

The teachings of the Buddha have brought immeasurable benefit for sentient beings for many centuries. Therefore, for the benefit of all beings today and in the future:

In Appreciation of Translators

Prior to the conference, Dzongsar Khyentse Rinpoche initiated a drive to gather “signatures of appreciation” for all Dharma translators worldwide.

The response was overwhelmingly enthusiastic––a total of 11,351 signatures and messages were gathered in just one week. These messages of support were presented to the translators during the Translating the Words of the Buddha Conference.

Thank you from the bottom of our hearts for all you are doing to translate and transmit the Dharma to Westerners. Without you, we couldn’t practice or study the Dharma, so we are hugely grateful for your incredible gift to us!

May your current deliberations in Bir, India, bring the Buddha’s words and teachings to countless sentient beings.